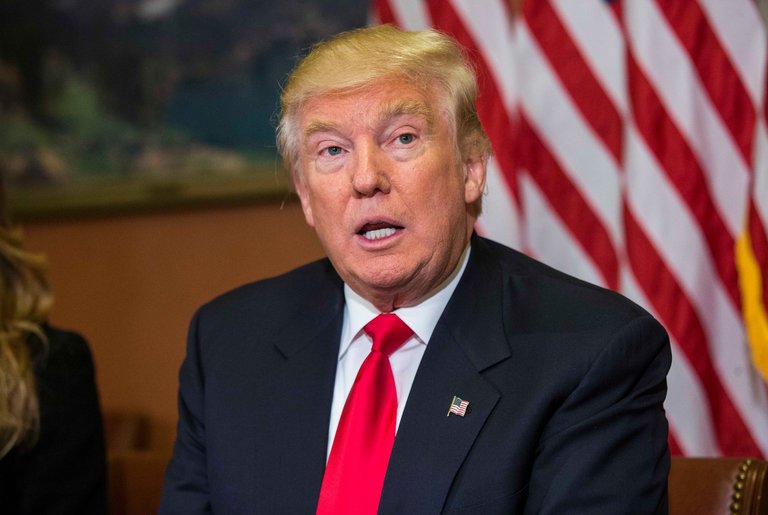 President Trump spent his first day as a Democratic president on Wednesday. After months of being excoriated as a racist and a nut by the Democratic Party, Democrats suddenly found a man they could work with — and Trump seemed to revel in it. The day began with a rally in North Dakota, where Trump talked up Democratic Senator Heidi Heitkamp, whom he called a “good woman.” He explained, “These are great people. They work hard. They’re for you 100 percent.”

Next, Trump headed back to the White House, where he expressed his hope that President Obama’s executive amnesty would be enshrined in law by the Republican Congress. He followed up that doozy by undercutting Speaker of the House Paul Ryan (R-WI) and Senate Majority Leader Mitch McConnell (R-KY) by siding with Democratic leaders House Minority Leader Nancy Pelosi (D-CA) and Senate Minority Leader Chuck Schumer (D-NY) on raising the debt ceiling. McConnell and Ryan wanted either a clean funding bill for the Hurricane Harvey relief, or such relief connected with other Republican priorities and wrapped up in an eighteen-month debt ceiling increase that would take Republicans beyond the election. Instead, Trump signed off on combining Hurricane Harvey relief with a three-month debt ceiling increase, a total Democratic victory that also gives Democrats the upper hand in budget negotiations in December.

So, what’s driving Trump to this?

1. Trump Doesn’t Like His Job. Trump was elected while stating repeatedly and boisterously that everything would be simple: health care reform, immigration reform, tax reform. All of it would happen so quickly it would make your head spin. You’d win and win and win so much you’d get tired of winning. Etcetera. None of that has materialized, because it turns out that the presidency doesn’t operate like Trump thought it would. He doesn’t just get to do rallies and then wait for legislation to arrive on his desk. He has to get his hands dirty, negotiate, wheel and deal — all the things he’s spent his career saying he does better than anyone else, even though he never did any of it particularly well. Trump is a brand. He’s not a negotiator, and he’s not a dealmaker. He never was. Now he’s angry that Republicans are forcing him into the position of doing a job he never thought he’d have to do.

2. Trump Is Driven By Personal Animus. Trump’s campaign praise for Heitkamp is telling. While she has voted with him 50% of the time, he apparently likes her; the same isn’t true for Senator Jeff Flake (R-AZ), who votes with Trump 93% of the time, but has been beaten senseless by Trump publicly. That’s because Flake had the temerity to challenge Trump publicly, and Trump hates him. He doesn’t feel the same about Heitkamp, or even about Chuck Schumer.

3. Trump Doesn’t Like Ryan Or McConnell. All of this is particularly true of Ryan and McConnell. Trump hated Ryan — he campaigned against him as much as against the Democrats in 2016. He sees him as a weakling, a pathetic accountant. He thinks Ryan is ineffective. He thinks the same of McConnell. Both Ryan and McConnell have, in small ways, refused to pay homage to Trump’s character. That makes Trump angry. What makes him even angrier is that their inability to garner a Republican majority to pass significant legislation has been on display. That’s why Trump took positive pleasure, according to Axios, in slapping both Ryan and McConnell today. He wants them to feel the pain.

4. Trump Has No Ideology. Combine Trump’s frustration with the day-to-day grind with his frustration with Republicans’ ineffectiveness — and then combine those with the fact that Trump doesn’t care about policy. That’s a recipe for Trump to look to greener pastures. That’s precisely what Trump is doing.

5. Trump Does Care What Democrats Think. Trump is particularly interested in working with Democrats because he has always cared what New York Democrats think. He’s spent his entire life being treated as nouveau riche by the upper crust Manhattan elite, and he’s always craved their attention and acceptance. That’s why he reads The New York Times and obsesses about its coverage; that’s why he gives exclusive interviews to the newspaper he supposedly hates most. Now he could get some of it by working with Schumer and Pelosi. After all, Trump said during the campaign that he didn’t care too much if the Republicans lost the Senate — he could always work with Democrats. He’s said for years that he likes and respects both Schumer and Pelosi. If they show him a little leg, they could easily seduce him.

6. Trump Knows His Base Will Go Along With Him. Trump’s in a comfortable situation. He knows that a huge percentage of his base simply doesn’t care what he does — he masterfully exploited the reactionary anger against Hillary Clinton to establish himself as the Hillary-Slayer. Now he can do no wrong. In the past 72 hours, large segments of the same base that cheered him shouting about deporting millions of illegal immigrants are cheering him pushing DACA; members of the same base that decried Ryan and McConnell as shills doing the bidding of Democrats are cheering him for coddling Pelosi and Schumer. After all, Trump’s still hitting the “establishment”!

7. Trump Wants To Get Things Done. Finally, Trump’s frustration with inaction could lead him down the primrose path to pandering to Democrats. Let’s say that 61% of the Republican base will follow Trump no matter what (that’s the poll number from CNN). And let’s say that Democrats are willing to work with Trump in order to push their priorities … at least until we near 2020 and they move to stab him in the back. Trump can easily grab majority support for Left-leaning policies.