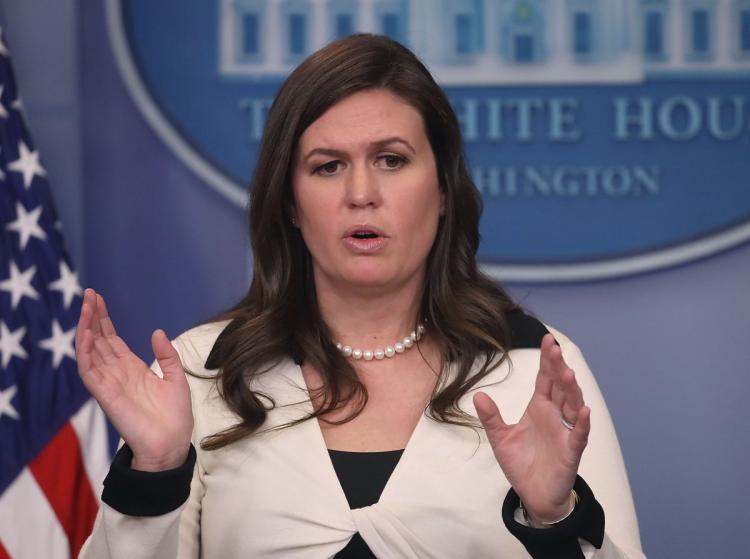 (CNSNews.com) – White House Press Secretary Sarah Huckabee Sanders expressed confidence Tuesday that Congress will pass legislation addressing DACA, but she said if they’re not willing to do their job, they should step aside and let someone else take their place.

“We have confidence that Congress is gonna step up and do their job. This is something that needs to be fixed legislatively, and we have confidence that they’re going to do that, and we stand ready and willing to work with them in order to accomplish responsible immigration reform, and that would include DACA’s certainly part of that process,” Sanders said when asked about the 300-plus DACA members currently enlisted in the U.S. Army and what would happen to them if Congress does not act before March 5, 2018, the date that DACA expires.

Fox News Chief White House Correspondent John Roberts asked Sanders what gives the White House confidence that a DACA fix will come in time given the difficulty Republicans have had bridging the division between the center and the right of the party.

“With all due respect, I don’t think the American people elected Congress to do things that were easy. They elected them to make a government that works, to work properly, and to work for the American people. That’s their job, and if they don’t think they can do it, then they need to get out of the way and let somebody else who can take on a heavy lift and get things accomplished,” said Sanders.

Sanders reiterated that it’s Congress’s job to legislate when it comes to issues like DACA when another reporter expressed skepticism that a legislative fix would come in time.

“You’re talking about a comprehensive immigration fix from Congress in a span of six months, and much to the president’s frustration, Congress hasn’t been able to really do much at all this year. What gives him confidence that they’re going to be able to act on immigration. Has he spoken to any congressional leaders since making this DACA decision?

“He’s spoken to a number of leaders, but hopefully, as you guys all know, they just came back from a three week vacation. I think that they should be rested and ready to take on some big challenges that America faces,” Sanders said.

“It’s pretty simple. I think that the American people elected them to do it, and again, if they can’t, then they should get out of the way and let somebody else take their job that can actually get something done,” she said.