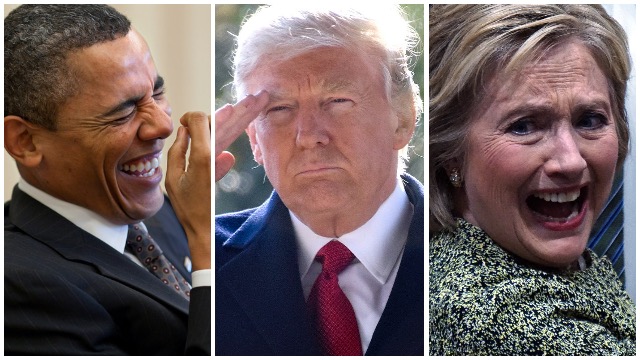 In what world should Barack Obama be more admired than Donald Trump? Trump gets things done while Obama’s malfeasance will be talked about for generations!

A new poll shows Trump finishes second to Obama as the most admired man in the world.

U.S. Sen. John McCain finished behind two presidents and the pope to win recognition as the fourth-most admired man in the world, according to the Gallup organization.

Topping the Most Admired Man and Woman Polls were former President Barack Obama — who bested the current president, Donald Trump — and Hillary Clinton, who finished 2 points ahead of former first lady Michelle Obama.