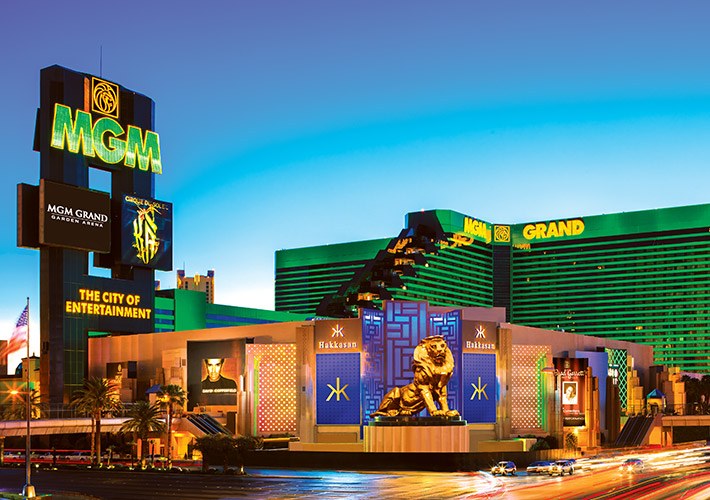 It’s happening all over America. Liberal CEOs appear to be purposely committing brand suicide. Their cardinal sin is arrogance and ignorance. Remarkably, they don’t even understand their own customers’ base.

ESPN and Vegas casino giant MGM Resorts International should serve as Exhibit A.

Vegas and ESPN have much in common. ESPN has committed suicide with its obsession with liberal, progressive, politically correct beliefs.

The fact is Vegas’s core audience is exactly the same as ESPN’s. Vegas’s audience has three key demographics:

A) Middle America. Overwhelmingly this group voted for Donald Trump.

B) Conventioneers. This group is composed of business owners, business executives and white-collar employees. Overwhelmingly this group voted for Donald Trump.

C) Casino and sports gamblers. I know this group as well as anyone in the world. Long before I got into politics, I was dubbed by the media as “America’s Oddsmaker” and “the King of Vegas Sports Gambling.” I’ve studied my customers in detail for 33 years. Sports and casino gamblers are overwhelmingly male, white, macho and patriotic. These are the people who ALWAYS stand for the national anthem. Overwhelmingly this group voted for Donald Trump.

The reasons for the collapse of ESPN are in plain sight:

*ESPN has awards shows that define “courage” as athletes who used to be men, who changed into women.

*ESPN has anchors who call President Trump a “white supremacist” who “was elected only because he’s white.”

*ESPN removed a football broadcaster named Robert Lee because they were afraid his name would offend black people. But Lee isn’t an ex-confederate general. He’s an Asian.

*Outspoken Republican and former NFL great Jason Sehorn was told “to stay away from politics.”

But ESPN says nothing when liberal hacks like Jemele Hill and my old TV co-host Max Kellerman outrage ESPN viewers with their radical liberal views. Kellerman recently opined that it’s a “disgrace” that not one white NFL player has kneeled for the national anthem. That could be the dumbest thing ever said in the history of American business- if alienating and destroying your own customer base is important to your company.

*Don’t forget the young sideline reporter on Monday Night Football two weeks ago who managed to gush about his Mexican heritage and the “diversity” of two black head coaches on opposing sidelines. He said nothing about performance on the field.

ESPN President John Skipper has poisoned his brand. He has offended his own customer base. Sports fans tune in to watch sports, NOT to be lectured on Trump, racism and climate change.

I hope the Board of Las Vegas public casino giant MGM Resorts International is paying attention. Your CEO Jim Murren is a John Skipper clone.

Just like ESPN, there is a mutiny brewing at MGM. Many MGM employees have contacted me. Some have anonymously called my national talk radio show. One MGM employee came to my home to hand deliver the latest company policy on transgenders. Just like ESPN employees, conservatives at MGM feel discrimination, intimidation, and intolerance. They fear losing their jobs.

Do you think MGM’s middle America customer base would be happy to find out you can be openly transgender at MGM, but you have to be a closet conservative to keep your job?

MGM employees are outraged and sickened by MGM CEO Jim Murren’s actions and statements. By his forced company and shareholder donations to CAIR- an organization tied to Muslim terrorism (by the U.S. government and FBI) and called by experts “a front for Hamas and the Muslim Brotherhood.” Even Democrat Senate Majority Leader Chuck Schumer tied CAIR to Hamas.

But Mr. Murren’s employees are most outraged over his troubling “Transgender Policy” announced only a month ago. MGM employees believe their CEO is putting the lives of female guests and their children at risk. They predict there will be a tragedy at an MGM property because of this dangerous transgender policy.

Be very careful MGM. Soon your company could go the way of ESPN. Jim Murren is putting your brand at risk. And by association, he is putting the entire brand of Vegas at risk.

Why are so many of America’s liberal CEOs committing brand suicide?