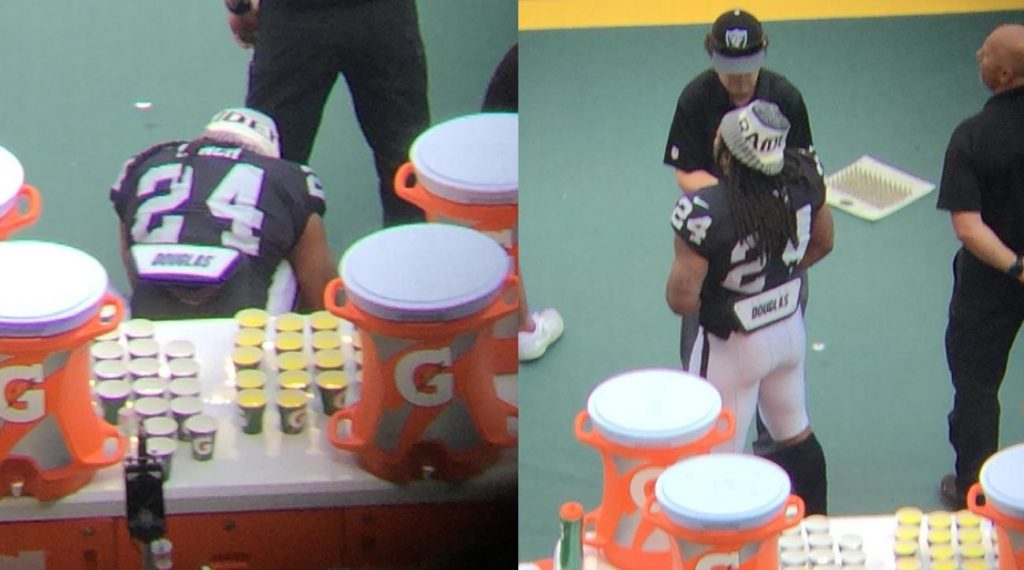 President Trump took to Twitter Monday morning to harshly condemn NFL player Marshawn Lynch after he stood for the Mexican national anthem, yet took a knee for the U.S. Star Spangled Banner during Sunday Night Football over the weekend.

Marshawn Lynch of the NFL’s Oakland Raiders stands for the Mexican Anthem and sits down to boos for our National Anthem. Great disrespect! Next time NFL should suspend him for remainder of season. Attendance and ratings way down.

Lynch is a running back for the Oakland Raiders and was playing against the New England Patriots when he made the controversial move.

Since protests against the national anthem started last year, NFL ratings have plummeted with fans citing players’ refusal to stand for the American flag as the main reason they’re tuning out of games. The business cost to the NFL is enormous.

As Roger Goodell, Jerry Jones, and the NFL engage in an ugly internal fight over the future leadership of the NFL, TV partners at CBS, ESPN, Fox and NBC are staring at their own internal conflicts — namely a substantial decline in NFL ratings that is on pace to cost the four networks up to $500 million in lost revenue.

Already several hundred million in lost revenue has been booked in 2017 and it has the league’s top executives and television partners scrambling to figure out what went wrong. How did a league that was setting ratings records in 2015 suddenly see its audience fall by nearly 20% just two years later.