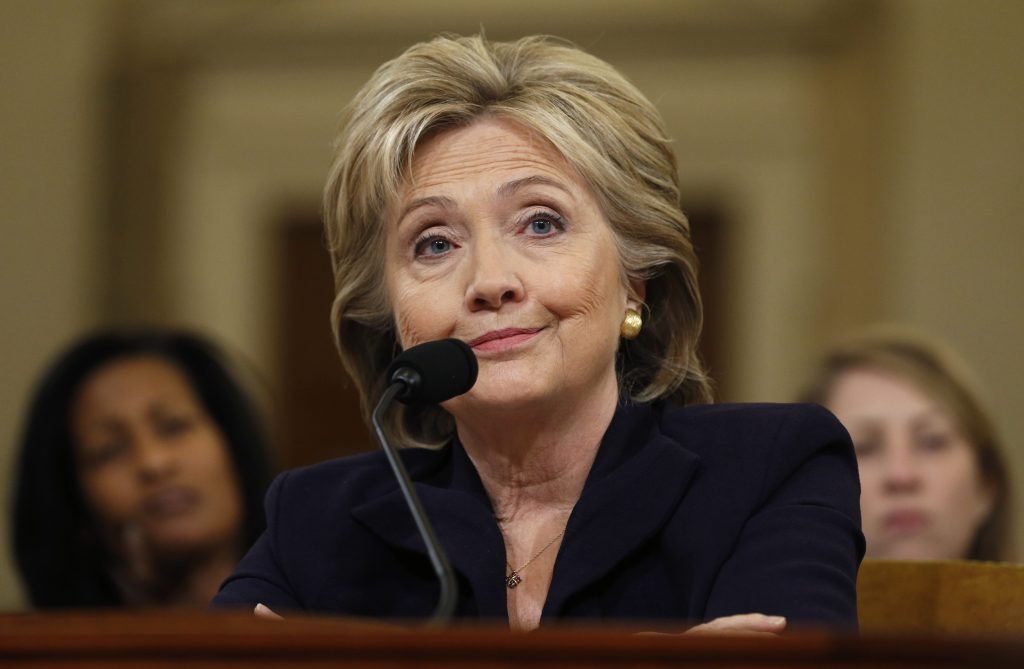 To hear Democrats and the mainstream media tell it this week, it doesn’t matter that the Clinton campaign and Democratic National Committee paid for the infamous Trump dossier.

The only thing that does matter, they say, is that the allegations laid out in the dirty document have the potential to be true. Donald Trump used prostitutes in Moscow and yadda, yadda, yadda, his campaign colluded with Russian operatives to influence the election, according to former British spy Christopher Steele, the author of the Clinton campaign- and DNC-funded dossier.

“Even when we find out the whodunnit of who approved it in April 2016, it still won’t amount to much because there is nothing illegal afoot here,” Clinton campaign spinmeister Brian Fallon said of the dossier on a CNN panel on Thursday.

It was revealed this week that the Clinton campaign, in coordination with the DNC, hired Steele’s paymaster, Fusion GPS, to investigate Trump. For some reason, Democrats kept the arrangement a secret since inking the deal with Fusion last April. It was only disclosed this week as a House Intelligence Committee subpoena threatened to reveal all of Fusion’s bank records, as well as its client book.

Almost as if they were coordinated, Fallon’s remarks echo numerous Democratic politicians and journalists, as well as the Obama administration’s Director of National Intelligence, James Clapper.

“With respect to the dossier itself, the key thing is it doesn’t matter who paid for it,” Clapper told CNN’s Erin Burnett on Wednesday. “It’s what the dossier said and the extent to which it’s corroborated or not.”

That Democratic talking point makes one lofty assumption. It takes for granted that the most troubling allegations in the dossier are true. In that scenario, it may not matter who paid the oppo firm Fusion GPS to pay Steele to produce the dossier.

Yet, nobody — including ex-Obamaites and Clinton campaign alum — can make that claim. The best that can be said about the dossier, more than 15 months after it first fell into the hands of FBI investigators, is that it is “uncorroborated” or “unverified.”

Imagine a scenario in which the dossier’s worst allegations — the blackmail and the collusion — are fabrications, disinformation or the result of garbled rumors and innuendo that somehow made a way into Steele’s salacious 35 page report.

In that scenario, the identity of the dossier’s financiers would matter.

It would matter in legal terms. Lawsuits have already been filed against BuzzFeed News for publishing the dossier, and also against Steele and Fusion GPS, the oppo firm that funded it. It’s not hard to imagine someone suing the Clinton campaign or DNC as well.

It would matter morally. Spreading unverified rumors about people — as Democrats did through Fusion GPS — is wrong.

Glenn Simpson, one of the Fusion partners, directed the dissemination of some of Steele’s findings to Beltway journalists. Steele has revealed in a British court, where he is being sued by a target of the dossier, that, acting on directions from Fusion, he briefed reporters from news outlets like The New York Times, CNN, The Washington Post, and The New Yorker about his findings.

None of those outlets published articles based on the dossier. But the dirty document had been handed off and whispered about so much in Washington that its juiciest tidbits began spreading through the incestuous world of journalism and up through social media to the electorate.

Even people who had not been provided a briefing of the dossier heard whispers of nefarious activity on the part of Trump and his associates.

Page is suing Yahoo’s parent company over the article.

Corn’s piece, published on Oct. 31, was more careful. It quoted from Steele’s dossier but did not identify Trump associates accused in the report of wrongdoing. The piece, however, still had the effect of planting the idea that Trump may have been in bed with Russia.

The dossier has also been expensive for some of the people named in it.

Steele’s report may very well have served as the catalyst for the FBI’s investigation of several Trump campaign officials, making them targets of media attention as well as of investigators. The release of the dossier also prompted the formation of two congressional probes, both of which have required Trump associates to hire attorneys at rates of several hundred dollars per hour.

Imagine another scenario. One in which the dossier turns out to be completely true. Trump was blackmailed; he was in the Kremlin’s pocket; he dispatched campaign staff to collude with Russian operatives. In that scenario, the Clinton campaign and DNC would have funded an investigation that led to the discovery of a presidential scandal that would dwarf Watergate. And in that scenario, you can bet the Democrats would be more than willing to take credit for the dossier.