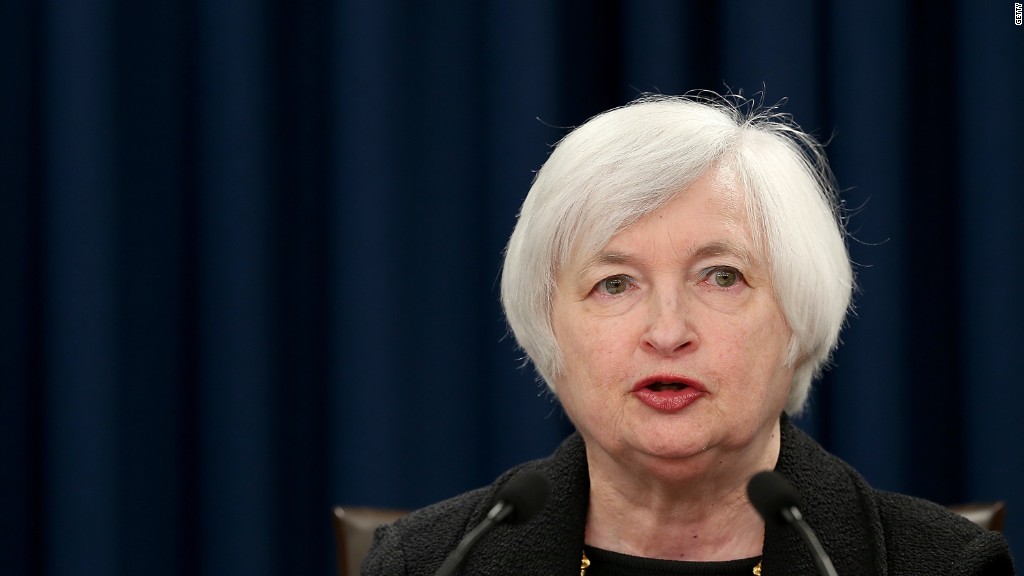 WASHINGTON (AP) — Federal Reserve Chair Janet Yellen on Thursday said she believed the risks concerning inflation are “two-sided,” stressing that price gains could both accelerate or slow down.

Testifying for the second day before Congress, Yellen sought to expand on remarks she had made Wednesday before the House Financial Services Committee in an apparent effort to adjust views in financial markets.

In her House comments, Yellen discussed the possibility that a recent slowdown in inflation could persist longer than the Fed expects. The comments helped trigger a big market rally, with the Dow Jones industrial average hitting a record high. Investors saw the remarks as a signal that the Fed, which has raised interest rates three times since December, might slow the pace of future interest rate increases.

But on Thursday, Yellen said that she believed it would be “premature” to conclude that a recent slowdown in price gains meant that the Fed would not be able to achieve its goal of 2 percent annual inflation.

While prices have backtracked a bit in recent months, the economy is still operating with tight labor markets, she said. That is likely to generate bigger wage gains in the future, which would push inflation higher.

She noted that after discussing the issue the Fed at its last meeting in June had decided to go ahead and raise its key policy rate for a third time, pushing the federal funds rate to a range of 1 percent to 1.25 percent.

After keeping its key policy rate at a record low near zero for seven years, the central bank began raising rates gradually with one quarter-point hike in December 2015, another one last December and two more in March and June of this year. Many economists believe the Fed will raise rates one more time this year, in either September or December.

Some senators asked Yellen whether she believed the Trump administration’s goal of lifting economic growth to 3 percent is realistic. President Donald Trump has pledged to boost growth through a combination of tax cuts, regulatory relief and tougher enforcement of trade laws.

Yellen said hitting 3 percent growth in the next five years “would be wonderful … But I think it would be challenging.”

On a regulatory matter, Yellen said that the Fed had the power to remove directors of banks, but she did not give a specific commitment to do so when pressed by Sen. Elizabeth Warren.

Warren, D-Massachusetts, wants to see those directors of San Francisco-based Wells Fargo replaced if they were responsible for the bank’s creation of fake accounts.

Yellen described the actions at Wells Fargo as “unacceptable” but she said the Fed needed to conduct a further investigation before deciding what other penalties to impose.