A female protester created a 4-hour standoff with the police after climbing the Statue of Liberty on Independence Day.

She was taken into custody and told police she wouldn’t come down from the statue until all the children detained by ICE were released. 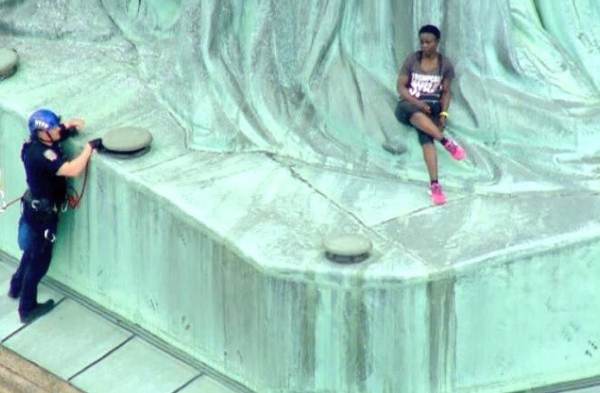 Authorities identified the woman as Therese Okoumou, an immigrant from the Democratic Republic of the Congo.

It is unclear whether she is here legally or illegally.

The Gateway Pundit will update the immigration status of Therese Okoumou as soon as the information becomes available.

The woman who created a four-hour standoff on live TV by trying to climb the Statue of Liberty has been identified by authorities.