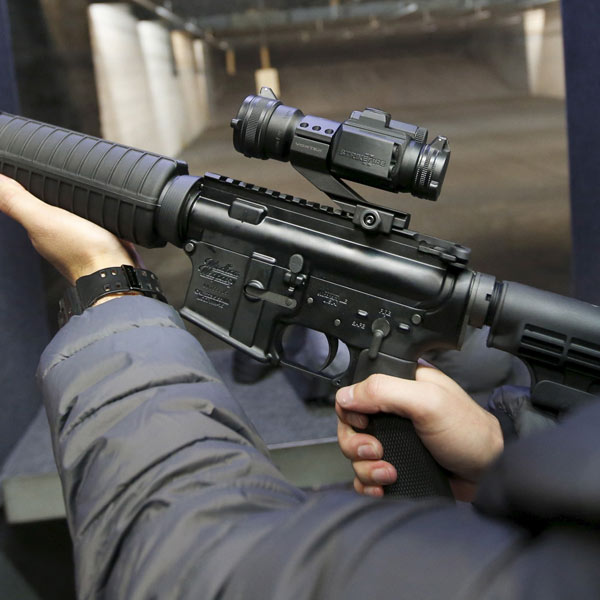 ‘Banning certain types of firearms steps on the Second Amendment’

A coalition of 21 state attorneys general filed a brief on Friday urging the Supreme Court to hear a case against Maryland’s assault weapons ban.

“Banning certain types of firearms steps on the Second Amendment,” said West Virginia attorney general Patrick Morrisey in a statement about the group’s brief. “Law abiding gun owners routinely use these firearms for self-defense or sporting. Such an unconstitutional act cannot stand.”

Attorney General Morrissey said the outcome of the Maryland case will have repercussions for the entire country.

“This coalition’s effort is really important because we have to protect Second Amendment rights,” he said. “I hope that the Supreme Court hears this case so there are not undue restrictions on peoples’ right to enjoy the Second Amendment. This matters not only for West Virginia, it matters for the entire country.”

The group of attorneys general are the latest to file a brief in support of the suit. Numerous gun rights and law enforcement groups have also filed briefs supporting the plaintiffs. Supporters of the suit argue the Supreme Court needs to step in to reassert the framework it created during the landmark gun-rights rulings in Heller v. D.C. and MacDonald v. Chicago, which affirmed the Constitution guarantees an individual’s right to keep and bear arms.

The National Rifle Association said the Fourth Circuit’s February ruling upholding Maryland’s ban was an example of lower courts ignoring or flouting the Supreme Court’s Heller standard that protects firearms in common use.

“Lower courts have been making up their own rules when it comes to the Second Amendment for too long, and the Kolbe decision crossed yet another line,” Chris Cox, executive director of the National Rifle Association’s Institute for Legislative Action, said in a statement about the group’s court brief. “The Second Amendment guarantees an individual right to keep and bear arms for self-defense. The popular rifles and standard magazines banned in Maryland are some of the best tools for self-defense. We are hopeful that the Supreme Court will reverse this egregious decision. Maryland’s ban on commonly owned rifles and magazines is unconstitutional.”

The Supreme Court has yet to decide if it will take up Kolbe v. Hogan but the Court has been reluctant to take on any firearms-related cases in recent years. In June, the Court decided not to hear a case against California’s strict concealed-carry licensing law. In a rare move, Justice Clarence Thomas and Justice Neil Gorsuch offered a dissent that argued the Court should do more to protect Second Amendment rights.

“The Court’s decision to deny certiorari in this case reflects a distressing trend: the treatment of the Second Amendment as a disfavored right,” Thomas said in the dissent. “The Court has not heard argument in a Second Amendment case in over seven years—since March 2, 2010, in McDonald v. Chicago, 561 U. S. 742. Since that time, we have heard argument in, for example, roughly 35 cases where the question presented turned on the meaning of the First Amendment and 25 cases that turned on the meaning of the Fourth Amendment.”