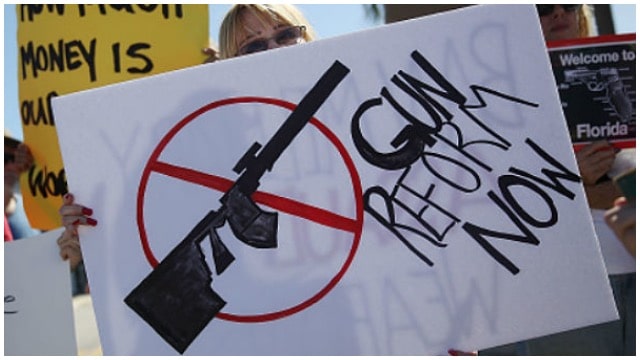 Everyone saw this coming.

The legislation, called the Assault Weapons Ban of 2018, was introduced less than two weeks after the mass shooting at a Parkland, Fla., high school that left 17 people dead. The gunman used an AR-15 assault weapon during the shooting, one of the many firearms that would be banned under the bill.

The legislation would make it “unlawful for a person to import, sell, manufacture, transfer, or possess, in or affecting interstate or foreign commerce, a semiautomatic assault weapon.”

Today I joined @RepCicilline and 150+ of my colleagues to introduce the assault weapons ban. It’s time for Congress to listen to the will of a majority of Americans and pass sensible legislation to get these weapons of war off our streets. #NeverAgain #MSDStrong