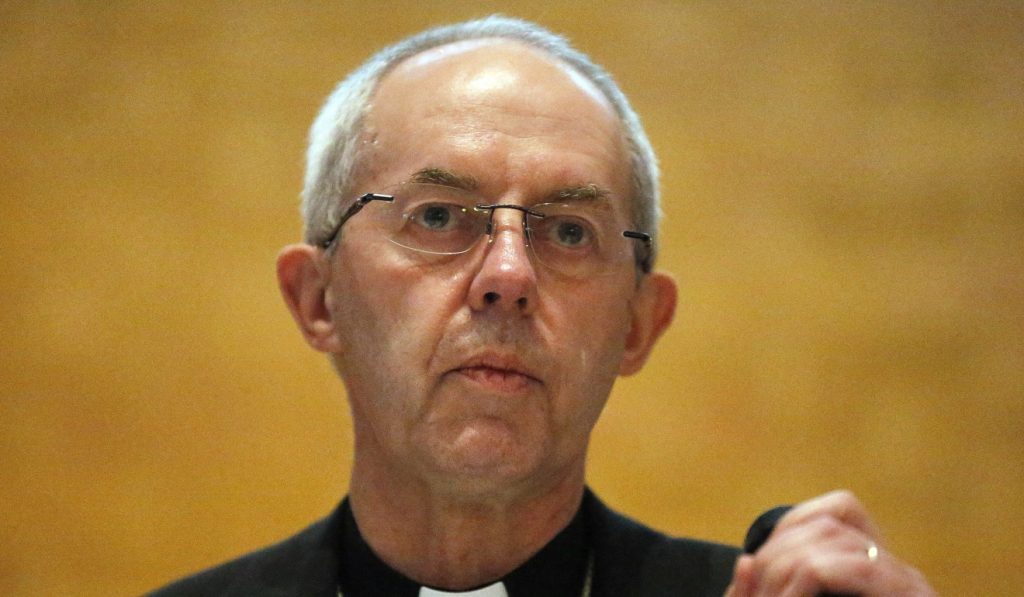 After British TV host Robert Peston noted to the Archbishop of Canterbury that “fundamentalist Christians in America are so supportive of Donald Trump,” the Most Rev. Justin Welby responded that he “really genuinely” doesn’t understand the group’s backing of the president.

He added that “I think we can different views on many of the issues [Trump]’s raised” but added — after Peston’s prompting — that Trump’s past descriptions of women are “completely unacceptable.”

However, Welby said he’d attend a British state dinner should a visit by Trump take place — and he’d even shake his hand. He then offered a striking example of others he’s met as a man of the cloth.

“I spent years and years involved in conflict stuff around the world where I met people who had killed many, many people,” Welby said. “You know, part of the job is to meet people you disagree with and to testify of the love of Christ to them and to seek to draw them into a different way. The odds are … it’d be unlikely I’d do more than shake hands with him.”