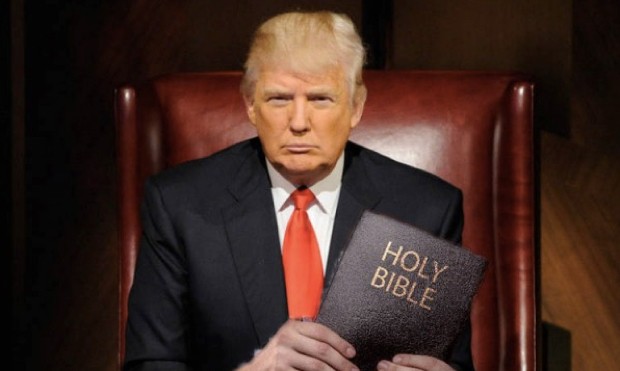 It is usually easier for an outsider to defend a person or a group that is attacked than for the person or group.

The people writing such things are often Christians, including evangelicals.

Whether the subject is the debauched pagan in the White House, the mall-haunted candidacy of Roy Moore or the larger question of how to engage with secular culture, there is talk of an intergenerational crisis within evangelical churches, a widening disillusionment with a Trump-endorsing old guard, a feeling that a crackup must loom ahead.

From the same believers who raised us to believe that standing for the truth was more important than anything, that being persecuted for your integrity was better than compromise, that morality was not relative, that ethics are not situational. And now these same teachers are wanting us to believe that a little ‘R’ by a man’s name covers a multitude of sins.

White evangelicals … are, in many ways, a community grieving its losses. … Thinking about the white evangelical/Trump alliance as an end-of-life bargain is illuminating. It helps explain, for example, how white evangelical leaders could ignore so many problematic aspects of Trump’s character.

Shortly before the election, Marvin Olasky and the editors wrote in World magazine: “Glorifying God by honoring His standards is worth more than political gain.”

In The Arizona Republic, Jon Gabriel, an evangelical, wrote a column titled “Evangelicals Are Hypocrites to Support Donald Trump.” In it he wrote, “As an evangelical myself, one of the strangest developments of the Trump era has been the abandonment of moral character as a political essential.”

I could give dozens more examples of attacks on evangelical Christians who support Trump.

I believe these attacks are not biblical, moral, or wise. Religious Christians and Jews who support Trump understand that the character of a public leader is quite often less important than his policies. This is so obvious that only the naive think otherwise.

Character is no predictor of political leadership on behalf of moral causes. I wish it were. Then, in any political contest, we would simply have to determine who the better person is and vote accordingly.

Therefore, I would like to pose some questions to critics of evangelicals who support Trump:

One of the few moral heroes of the Holocaust was the German industrialist and member of the Nazi Party Oskar Schindler. He personally saved more than a thousand Jews’ lives. He was also a serial philanderer. I suspect many leading Nazis never cheated on their wives.

Character is a complex issue.

I have spent my life making the case for good character: that God wants us to be good more than anything else; that our children’s character is way more important than their grades; and that the most important question a society can ask is how to make good people (since we are not born good).

Evangelicals realize that the moral good of defeating the left is of surpassing importance. It can feel good to oppose the president, but religious supporters of the president are more interested in doing good than feeling good.

On issue after issue—religious liberty, the unborn, Israel, the American flag, and free speech, to cite just a few—the president and religious Americans have made common cause.

Like evangelicals, I look to the Bible for moral instruction. I also look for wisdom. And in that book, God chooses, of all people, a prostitute (Rahab) to enable the Israelites to enter the promised land.

There’s a lesson there.