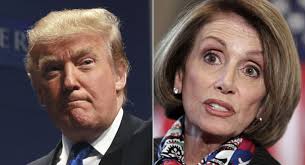 Nancy Pelosi has repeatedly dismissed the financial benefits of the tax reform plan as mere crumbs. During an event in West Virginia this week, Trump had some fun at Pelosi’s expense, comparing her comment to Hillary’s remarks about deplorables.

Addressing congressional Republicans in West Virginia, Trump touted the Tax Cuts and Jobs Act—which passed with no Democratic votes in Congress—that he signed last month. Hundreds of companies have announced wage hikes and four-figure bonuses in response to the overhaul, which included a dramatic slashing of the corporate tax rate.

Pelosi has been one of the tax law’s strongest […]