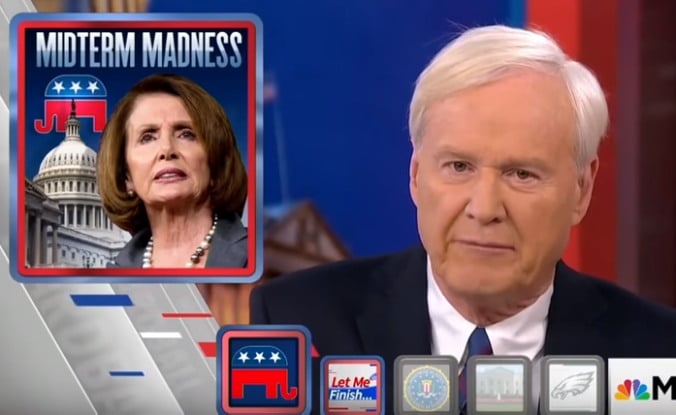 Is Nancy Pelosi an ethnic person? MSNBC’s Chris Matthews seems to think so. He recently claimed on the air that this is the reason why Republicans attack her. Does Matthews know something the rest of us don’t?

Matthews and his panel were discussing the pushback from the GOP and President Trump against the California Democrat for having such a sour face during the State of the Union as well as her jabs at the tax reform bill. Instead of brushing it off as politics as usual, Matthews one-upped even himself by finding a far more nefarious reason Pelosi is being attacked: