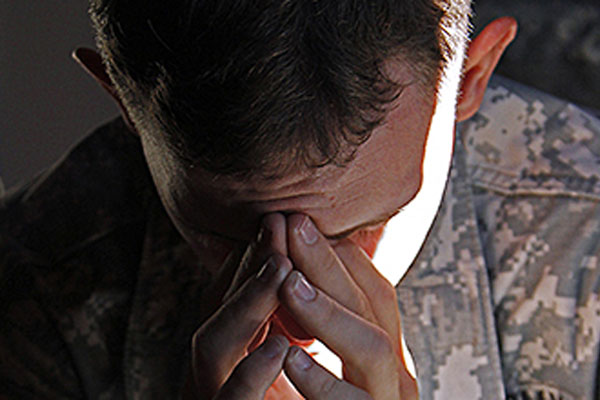 It used to be that if you had a history of cutting yourself, bipolar disorder, and substance abuse, you were disqualified from joining the Army. However, it appears that this disqualification doesn’t have to be a disqualification any longer thanks to a new policy enacted in August.

According to USA Today, the Army is facing a shortage of troops, and thus is allowing people with troubled histories to join with a waiver.

The Army had waivers previously but banned them in 2009 after an “epidemic” of suicides happened among the soldiers. They have reinstituted the waivers in light of having more access to soldier’s medical records.

“The decision was primarily due to the increased availability of medical records and other data which is now more readily available,” said Lt. Col. Randy Taylor, spokesman for the Army. “These records allow Army officials to better document applicant medical histories.”

But according to retired Col. Elspeth Ritchie, an expert on military waivers for mental health, the question isn’t whether or not their need for a waiver is a red flag, it’s “how much of a red flag is it?”:

If self-mutilation occurs in a military setting, Ritchie said, it could be disruptive for a unit. A soldier slashing his or her own skin could result in blood on the floor, the assumption of a suicide attempt and the potential need for medical evacuation from a war zone or other austere place.

But the Army is looking to avoid any further incidents by troubled soldiers by only issuing the waiver to those who can prove their troubled past is staying in the past:

Guidance for screening potential recruits with histories that include self-mutilation make clear that the applicant must provide “appropriate documentation” to obtain the waiver, according a September memo to commanders. Those requirements include a detailed statement from the applicant, medical records, evidence from an employer if the injury was job-related, photos submitted by the recruiter and a psychiatric evaluation and “clearance.”

Slides for military officials who screen recruits show examples of people whose arms, legs and torsos have been scarred by self-mutilation.

“For all waivers,” one memo states, “the burden of proof is on the applicant to provide a clear and meritorious case for why a waiver should be considered.”

The Army lifted the ban in an effort to meet a recruiting goal of 80,000. According to USA Today, the Army has met that goal thanks to its acceptance of marginally qualified applicants.

Hopefully, with the increased microscope into the pasts of soldiers, we’ll accept troops that do not suffer from mental health disorders enough that suicides or crimes do not occur. However, only time will tell.

We’ve seen several times what happens when disturbed individuals get their hands on guns, such as the Sutherland Springs shooter in Texas, who killed 26. He was discharged from the Air Force after physically abusing his wife and infant stepson, and had even escaped from a mental health facility.

If the Army is accepting marginally qualified candidates, it needs to do so with the utmost care.