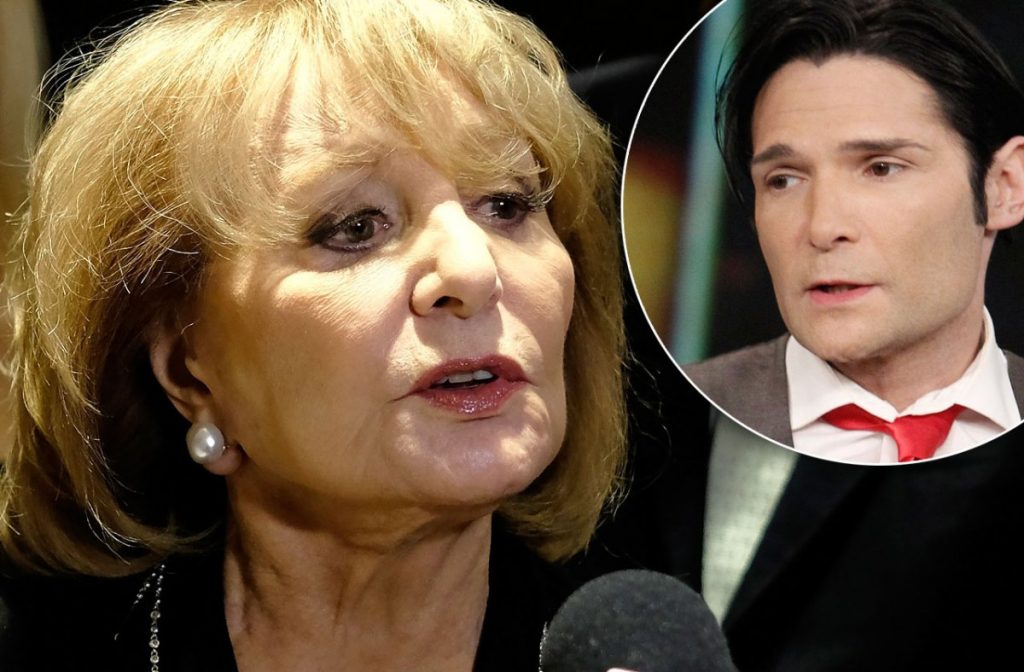 The host was caught challenging the child star’s molestation allegations.

Barbara Walters, 88, is under fire for shutting down sexual harassment accusations in Hollywood! As RadarOnline.com has learned, a video from 2003 showed the sickly TV journalist challenging Corey Feldman, 46, over his horrifying molestation claims.

During the interview, which was taped for The View, Feldman claimed he and actor Corey Haim has been sexually abused by Hollywood honchos and gotten away with it.

“I’m saying that the people who did this to both me and Corey [Haim] are still working, they’re still out there and there’s some of the most richest, most powerful people in this business. And they do not want me saying what I’m saying right now,” he stated.

“Are you saying that they’re pedophiles?” Walters asked.

“Yes,” he answered, to which the bewildered host replied: “You’re damaging an entire industry!”

Shame on you, Barbara Walters.

Corey Feldman tried to warn us about sexual predators in Hollywood & you shamed him.#FridayThe13th pic.twitter.com/wWSjCe13ms

The news of Barbara Walter’s shocking comment, comes after hundreds of women came forward to share their experience with sexual harassment. The revolution began with Harvey Weinstein’s alleged sexual misconduct in Hollywood, and now it seems, Walters has been dragged into the controversy.