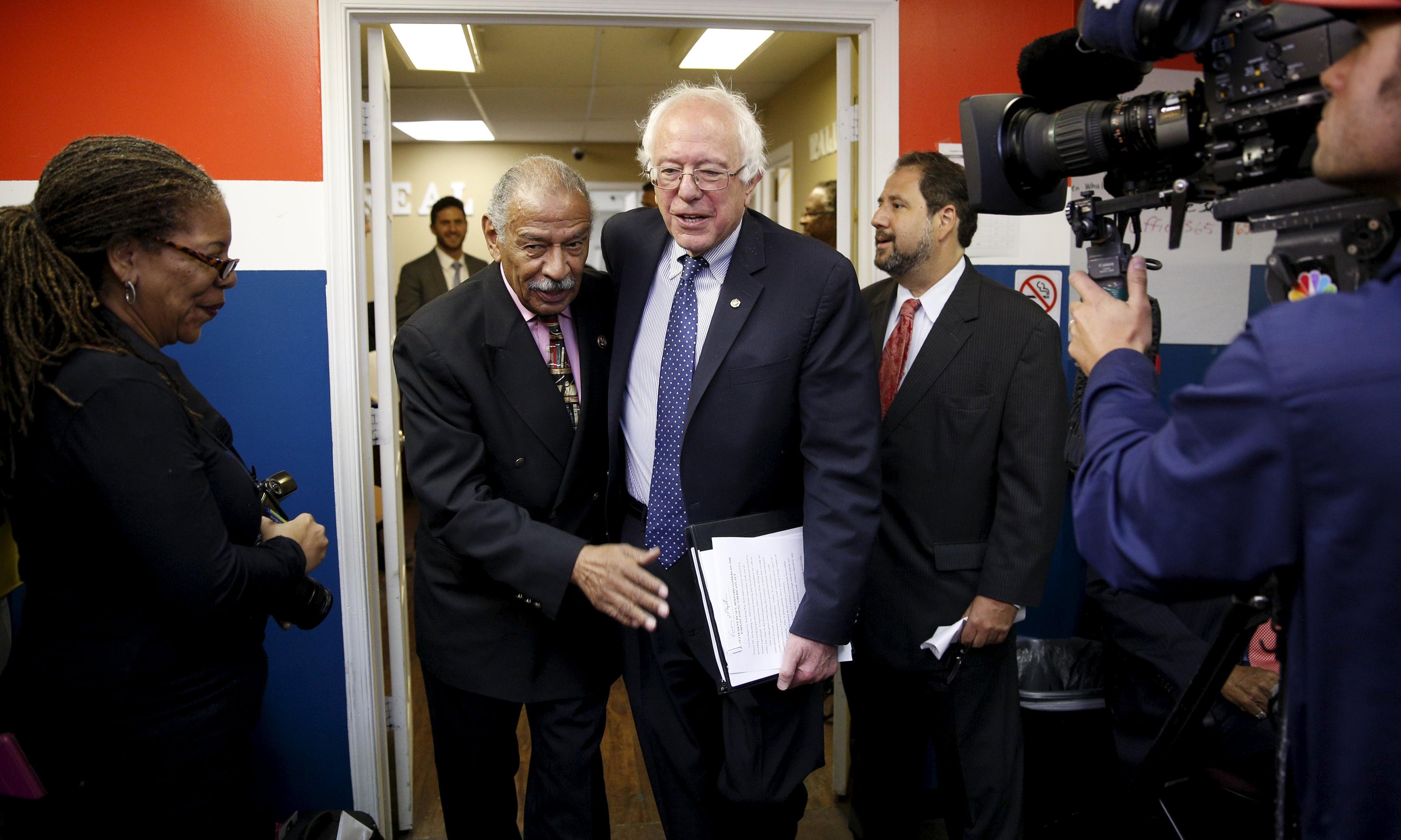 What was supposed to be a town hall meeting in Detroit on health care and the need for good jobs transformed into a campaign-like rally featuring former presidential candidate U.S. Sen. Bernie Sanders and U.S. Rep. John Conyers.

Sanders, an independent from Vermont, started his remarks decrying the white supremacist rally that happened in Charlottesville, Va., that left three people dead and 19 injured, and President Donald Trump’s reaction to it.

“What we saw last week with Nazis and anti-Semites marching in Virginia was upsetting to all of us. The word that kept coming up was ‘scary.’ But what was even worse — what we’ve never seen before — is a president who could not condemn Nazism in the strongest possible words,” Sanders said. “400,000 Americans died and many more were injured fighting against Hitler and we have a president who’s equivocal. No, there are no nice Nazis.”

He then launched into what sounded a lot like his campaign speeches during the 2016 presidential campaign, from the need for health care for all, to fighting for income equality to fighting against Republican efforts to suppress the vote.

“Yes there are divisions in this country, but on major issue after major issue, the American people are united on wanting a government that represents all of us and not just the 1%,” Sanders said.

He spoke to an overflow crowd of more than 1,000 at the Fellowship Chapel Church on the west side of Detroit. The crowd frequently interrupted his remarks with standing ovations and shouts of “We love you, Bernie.”

Conyers, the Detroit Democrat who has introduced a Medicare for All bill every year since 2003, stuck to the theme of the town hall more closely, talking about his bills that would provide health care for people from the day that they’re born and guarantee a good job for all Americans.

“There are two fundamental human rights in our great democracy: Everyone should have health care from the minute they’re born, and then of course, after you get born, you got to get a job,” he said. “There should be full employment in the wealthiest nation in history. And for those that don’t have work or don’t know the technology that’s coming on so rapidly, we’ve got to train them.”

When Republicans failed last month to repeal and replace the Affordable Care Act, some Democrats got a glimmer of hope that their health care proposals could gain some traction.

Conyers said he has gotten 117 cosponsors for his bill and is prepared to go across the country to get even more support.

“What this whole debate is about is what constitutes human rights: the right of freedom of speech, freedom of religion,” Sanders said. “Franklin Delano Roosevelt said we need economic rights, not just political rights. And health care is a human right. The good news is that more people agree with us.”

Conyers’ health care proposal would be funded by a payroll tax on employers and employees, a financial transaction tax, and higher taxes on the wealthiest Americans. But getting the issue through a Republican-controlled U.S. House and Senate is a long shot at best.

Michigan Republican Party chairman Ron Weiser said Democrats must be desperate if they’re turning to Sanders to set their agenda.

“The Democratic Party is so devoid of ideas that they have turned to a Socialist who isn’t even a member of their party to help them write an agenda,” Weiser continued, “Bernie Sanders’ far left wing policies have repeatedly been proven wrong.”

It was Sanders’ first visit  to Michigan since January, when he participated in a frigid demonstration outside Macomb Community College in Warren to protest the Republican efforts to repeal the Affordable Care Act.

The enthusiastic crowd in Detroit was not a surprise. During the presidential primary last year, Sanders drew thousands to rallies in Ypsilanti, East Lansing, Warren, Flint and at Grand Valley State University. A Democratic debate between Clinton and Sanders was held in Flint. He defied virtually all the polls, which had Democratic presidential nominee Hillary Clinton easily winning the state, to score a slim, 50%-48% win over Clinton.