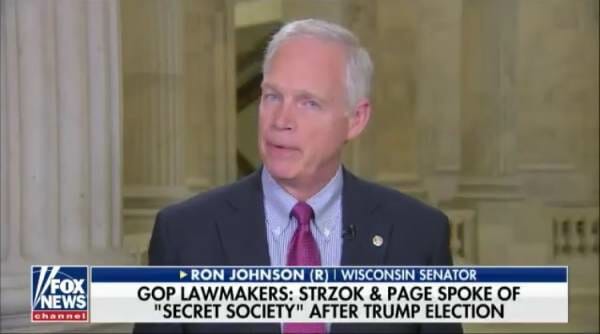 Rep. John Ratcliffe (R-TX) said after reviewing the new text messages he believes there may have been a “secret society” of folks within the DOJ and FBI working against Trump.

Senator Ron Johnson (R-WI) told Fox News’ Bret Baier on Tuesday evening that there is an informant talking to Congress about meetings the people in the ‘secret society’ were having offsite.

“What this is all about is further evidence of corruption-more than bias but corruption at the highest levels of the FBI,” Johnson began.