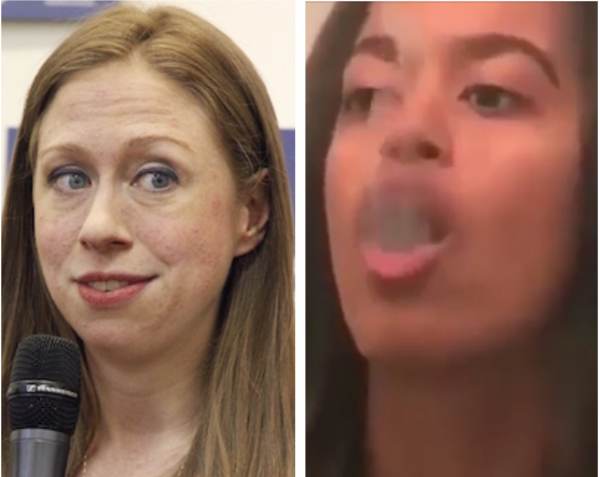 Social media was set ablaze after a video of Malia Obama smoking–we aren’t sure what exactly, was posted to Twitter and Instagram.

Barstool News eventually deleted the video after massive backlash from triggered liberals trying to protect their Obama princess from criticism.

Malia Obama is a 19-year-old adult who is constantly caught on video partying, smoking (many believe to be marijuana), lifting up her skirt and showing her butt while she dances.

If she wants to be treated like a classy lady who attends Harvard, then perhaps she should stop acting like a fool.

Malia Obama is the daughter of a former U.S. president. She is a public figure and her actions going forward will be scrutinized.

Chelsea Clinton was triggered after the public backlash against Malia Obama and tweeted, “Malia Obama’s private life, as a young woman, a college student, a private citizen, should not be your clickbait. Be better.”

Malia Obama’s private life, as a young woman, a college student, a private citizen, should not be your clickbait. Be better.

No, Malia Obama is very much in the public eye and invites the attacks by posting classless videos to social media acting like a fool.

We all know Malia Obama would most likely have never been admitted to Harvard if her daddy wasn’t president so spare us the ‘private citizen’ lecture, Chelsea.

The media was vicious towards the Bush twins when they were in college. The Bush daughters were constantly in the tabloids with pictures of them partying and falling down suggesting they were wild girls with drinking problems.

Malia Obama will skate through the rest of her life simply because she’s the daughter of a former president. Perhaps she should keep her classless antics off of social media if she wants to be taken seriously.

She’s underage doing drugs. Just because her father was President it doesn’t give her a free pass.

Funny when prior presidents kids were picked on in media, but not obama's kids, horrible double standard, and racist.

A private life flaunted on video is not private, your no princess and neither is she. Want to be private? then don’t be stupid.
oh and how’s Uncle Nazi these days ? Getting ready for 8×8 cell ?

Then maybe she should choose another avenue besides social media to display her antics.

She's an adult posting videos of herself smoking who knows what. She chooses to make herself a target of criticism with her public posts acting like a classless fool. https://t.co/ZUNxBFwmuG