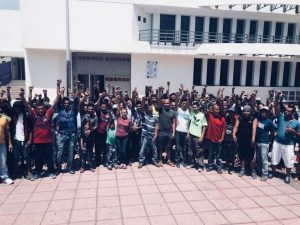 The open borders group behind the illegal alien caravan marching to the US border is funded by several liberal organizations including Soros’s Open Society.

The Pueblo Sin Fronteras (“People Without Borders”) is a project of La Familia Latina Unida, a Chicago, Illinois-based 501(c)(4) illegal immigration advocacy organization formed in 2001 by Elvira Arellano, an activist for immigrants living illegally in the United States.

The group is part of the CARA Coalition and is funded by a number of major left-of-center grantmaking foundations, including the Open Society Foundations, MacArthur Foundation, Ford Foundation, and Carnegie Corporation of New York.