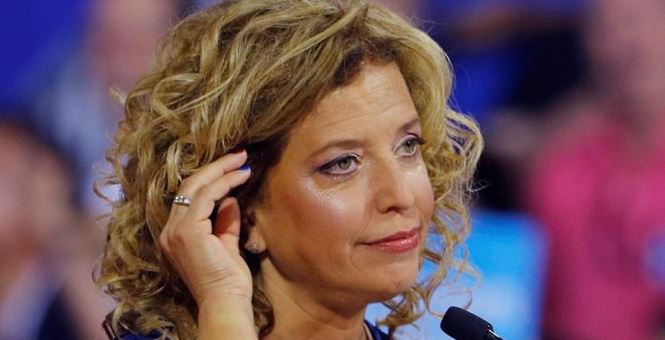 Rep. Debbie Wasserman Schultz (D-FL) has fired an aide who was arrested on Monday at Dulles International Airport seemingly attempting to flee the United States. Imran Awan, who worked for Wasserman Schultz and several other Democrats for 12 years, was an IT aide. He is accused of double-charging the House of Representatives for IT equipment, and possibly for exposing sensitive House information online. Awan has been charged with bank fraud. He was born in Pakistan.

Feds/USCP picked up Imran Awan at Dulles Aiport last night as he was "trying to leave the country." Has been arraigned. Surrendered passport

.@DWSTweets fires arrested aide. "No charges, evidence or findings..have been formally shared with our office, so we cannot comment" #fox5dc

In March, he was fired by other House members, yet was still being paid by Wasserman Schultz until his arrest on Monday.

Per the Daily Caller, Awan transferred about $300,000 to an account in Pakistan in January. His wife was stopped at Dulles when it was found that she had $12,000 in her suitcase, but she was permitted to board the plane.

Investigators discovered smashed hard drives and other damaged equipment at Awan’s house in Virginia. Awan left his home after he learned he was under investigation, and one of his new tenants discovered the broken hard drives and reported them to authorities. The FBI has since confiscated the equipment.

One of new tenants — a Marine Corps veteran married to a female Navy Officer — said he found “wireless routers, hard drives that look like they tried to destroy, laptops, [and] a lot of brand new expensive toner.”

The tenants called the Naval Criminal Investigative Service, and not long after, FBI agents arrived together with the Capitol Police to interview them and confiscate the equipment. The Marine spoke on condition of anonymity because of concerns for his wife’s naval career, saying she doesn’t want to be associated with a national security incident.

Stay tuned on this one…it seems as though this is just the beginning.