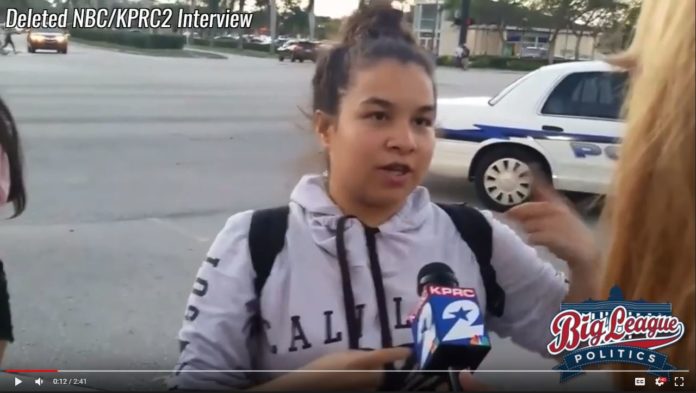 Since last week’s school shooting in Parkland, Florida that left 17 people dead, three students have told news cameras that they heard more than two shooters. One of those students was interviewed by a Houston-based NBC affiliate who happened to be in the area, and stated that she heard three shooters in the school.

Since releasing the video, the NBC affiliate has taken down the video, and explained their reasoning on their Facebook page.

Despite the video being deleted, Big League Politics was able to save it before it was taken down, and we have re-posted it for the public to see.

In the video, the student explains in detail what was going on during and after the shooting. When asked if she thought there were multiple shooters, she stated “there’s three shooters.”

Why is the mainstream media looking to cover-up this video? Here at Big League Politics, we will never cover up stories such as this. It is important for the public to have all the information about the issues around them.