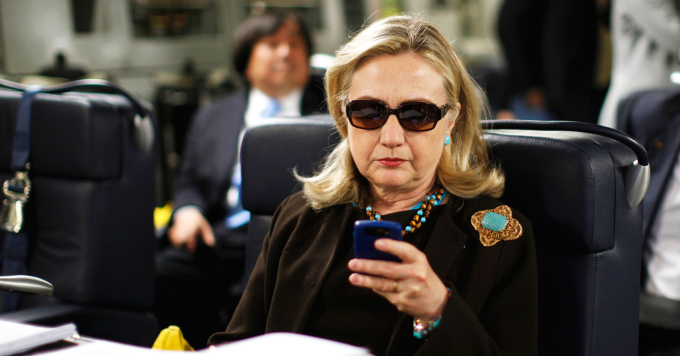 It appears not everyone in the Democrat Party is looking forward to Hillary Clinton rehashing the 2016 election in her new book What Happened. A ‘former Clinton fundraiser and surrogate,’ would like to see the failed presidential candidate ‘just shut the f**k up and go away.’

In interviews with The Hill, former Clinton allies lashed out at her for score-settling when the Democratic Party is trying to move forward.

“The best thing she could do is disappear,” said one former Clinton fundraiser and surrogate described as having an active role at the party’s convention. “She’s doing harm to all of us because of her own selfishness. Honestly, I wish she’d just shut the fuck up and go away.”

While Trump and Republicans have struggled to push through their legislative agenda, Democrats have been consumed by infighting and special election losses in 2017.

“None of this is good for the party,” said one former Obama aide. “It’s the Hillary Show, 100 percent. A lot of us are scratching our heads and wondering what she’s trying to do. It’s certainly not helpful.”

Democrats who spoke on the record with The Hill were more sympathetic; Democratic strategist Steve McMahon said the book was “cathartic” for Clinton.

What Happened the much hyped “warts and all” book penned by Hillary Clinton, is said to be a rigorous account of why the Democrat nominee lost the 2016 presidential election to Donald Trump. According to excerpts released early to the press, the book’s recurring theme is blaming others, instead of a serious attempt at self-reflection. The Hill reports Clinton takes aim at former Vice President Joe Biden, who criticized Clinton’s lack of message to the middle class following her epic loss.

“Joe Biden said the Democratic Party in 2016 ‘did not talk about what it always stood for — and that was how to maintain a burgeoning middle class,’” Clinton said in her new book, “What Happened,” which was obtained by CNN.

“I find this fairly remarkable, considering that Joe himself campaigned for me all over the Midwest and talked plenty about the middle class,” she continued.

Clinton was referring to comments made by Biden, in which he criticized Democrats’ strategy to win over working-class voters that used to be a safe voting bloc for the party.

“Because of the negative campaign that [President Donald] Trump ran, how much did we hear about that guy making 50,000 bucks on an assembly line, [and] the woman — his wife — making $28,000 as a hostess?” Biden said in May.

“They have $78,000, two kids, [are] living in a metropolitan area, and they can hardly make it,” Biden continued, adding “When was the last time you heard us talk about those people?” 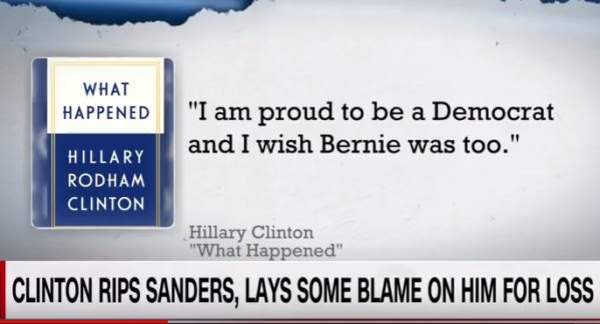 And this was after Bernie endorsed Hillary and campaigned with her after she stole the primary from him.