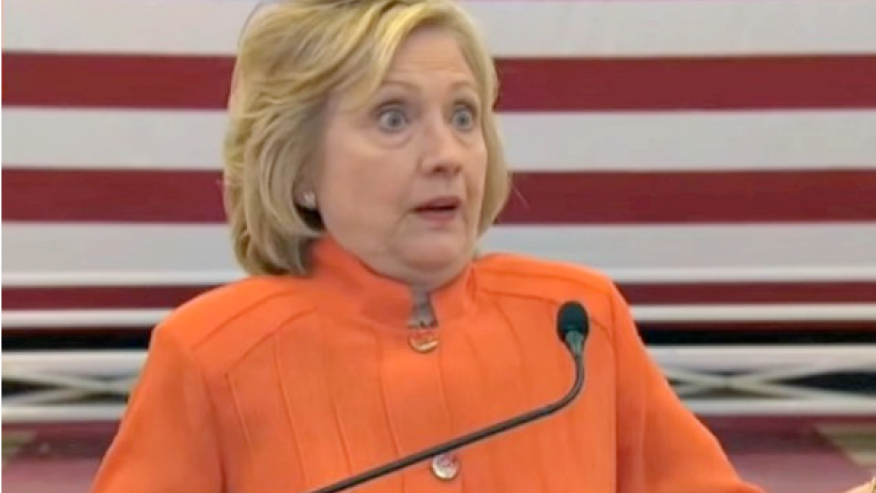 It’s fun watching them squirm in their own cesspool of hypocrisy.

The media, with the full blessing of the Democratic Party, ran back-to-back, 24-hour news coverage of the alleged Trump/Russia election collusion and condemned the president and his family every step of the way. And when news broke back in July that Donald Trump Jr. might have been caught red-handed in a meeting with a Russian lawyer seeking dirt on Hillary Clinton, they had their ace in the hole.

“Clearly, what we learned today is that the president’s son, his namesake, a senior advisor and someone who was in the top tier of the Trump campaign colluded, which is the classic dictionary definition of what that means. There is no question what Donald Trump Jr. agreed to do — with relish, I might add — is meet with a lawyer who he believed was affiliated with the Russian government to assist his father’s campaign and collect dirt on Hillary Clinton. If that is not the definition of collusion, I don’t know what is.”

Clinton’s running-mate and Virginia Democrat Tim Kaine was equally enraged: “We are now beyond obstruction of justice in terms of what’s being investigated. This is moving into perjury, false statements and even potentially treason.”

It looked bad for Donny J, for sure. But now we know that Clinton and the DNC paid for Russian dirt on Donald Trump during the campaign, as Grabien News noted, “The DNC not only accepted this second-hand, uncorroborated information, but actually sought it out, financed it, and disseminated it through Washington.” That not only flies in the face of Clinton who smuggly condemned Trump time and time again for handing the American voting process over to Vladimir Putin and here she was actually doing it — and, come to find out, breaking campaign finance laws to boot!

And with hands to our ears, we are waiting to hear similar cries from the Left that a terrible crime against the country has taken place… nothing… still waiting. The only thing we hear are excuses — Clinton was just doing “opposition research:”

Leftist hypocrisy at its finest, folks.