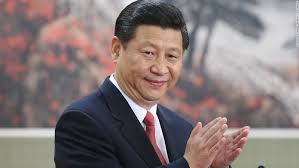 The Chinese communists announced this weekend that the party will scrap term limits for President Xi Jinping.

The Times of India reported:

In a move that is bound to have significant ramifications for China, with possible fallout for the rest of the world, the Chinese Communist Party has proposed an amendment to China’s constitution that will scrap term limits for the posts of president and vice-president. Currently they are entitled to serve a maximum of two consecutive terms in office, a practice institutionalised by China’s 1982 constitution. The move to scrap this provision is widely being seen as a measure to ensure that current President Xi Jinping remains in office beyond 2023, with no limit prescribed.

There’s no denying that since he […]