Comedian and actor Joe Piscopo went on with Neil Cavuto Monday to discuss the recent events in Washington DC.

Piscopo praised Anthony Scaramucci for his bold remarks and recent promotion. Then he tore into Maxine Waters and Democrats for their current behavior. 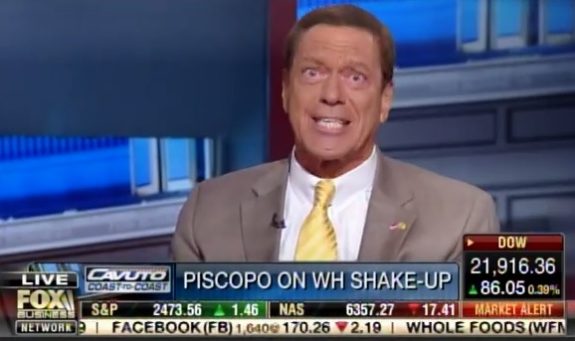 Piscopo then moved on to mock bumbling Bernie Sanders and Democrat Adam Schiff.