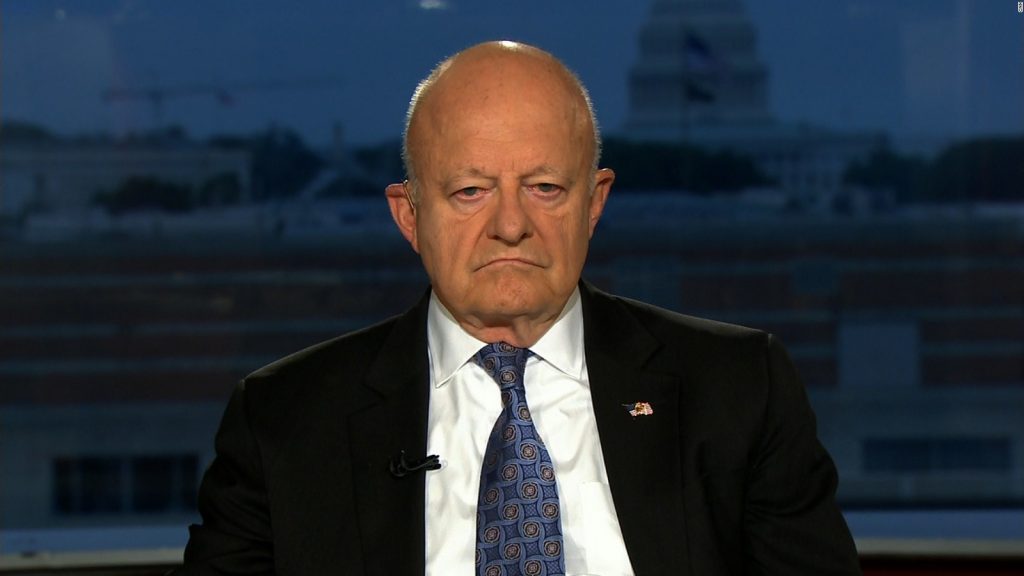 WASHINGTON — Obama administration Director of National Intelligence James Clapper held a meeting in his last days in office to discuss the idea of going to a Supreme Court justice to block President Donald Trump’s inauguration, according to a high-level member of the intelligence community who spoke with a Big League Politics source.

Clapper discussed blocking the inauguration on the grounds that Trump was an illegitimate president due to alleged Russian interference in the election, according to the sources. It is not known whether Clapper ever actually convened a meeting with a Supreme Court justice to discuss the Russia case, or whether he simply discussed the idea of doing so. By the time Trump entered office on January 20, the Russia narrative was already underway.

A high-level member of the intelligence community who witnessed the meeting said that Clapper discussed going to one of three female Supreme Court justices to make the case that alleged Russian interference could invalidate Trump’s claim to the presidency.

Here’s a text the witness sent to BLP’s source:

Here’s another text the witness sent to BLP’s source around the same time, describing how the Deep State was making General Michael Flynn a “rising target” for his alleged involvement with Russians, and stating that House Speaker Paul Ryan is a “wild card” in the Deep State wars.

Big League Politics recently reported on an audiotape in which Pulitzer Prize-winning journalist Seymour Hersh admitted that slain DNC staffer Seth Rich was the source for Wikileaks’ release of DNC emails in 2016, not a Russian hack. Hersh also said that Clapper and Obama administration CIA director John Brennan helped to create the Russia narrative against Trump.

In an audiotaped interview — conducted before Trump ever ran for president — Blixseth spoke to former Maricopa County Sheriff Joe Arpaio and detective Mike Zullo. The audio was released in connection with a civil contempt case that the Department of Justice filed against Arpaio. The audio of this conversation appears to only be preserved in one location on the Internet, on a whistleblower Soundcloud page.

“This guy showed me 900 million phone calls. And I see myself in there. I see people I know. I see Donald Trump in there a zillion times, and Bloomberg is in there,” Blixseth said on the tape, referring to information that Montgomery allegedly showed him.

“He’s a very genius computer guy,” Blixseth said of Montgomery. “What they did is, they were actually working for the CIA. And they mask it as — I’m sure you’ll remember this — the contracts with the CIA, of which I had many copies, said that they were decoding Al-Jazeera television, said that there was broadcast embedded, remember that? Owned by Gore? Al Gore’s got part of it now. But it was all bullshit. That was bullshit. That was a front by the CIA. And this guy [Montgomery] worked for Brennan and Clapper. Those were the two guys running it,” Timothy Blixseth told Arpaio and Zullo on the tape.

“He started out in 2004 with another partner in Reno, Nevada, called eTreppid. They collected about $40 million from the CIA. Top security clearance. All kinds of letters…In 2006 they started a new company that [my ex-wife] owns, and they started doing the same business for the government. What it really turns out they were doing is they were hacking into all of America.

Blixseth claimed in his conversation with Zullo and Arpaio that Brennan and Clapper were running the operation.
“Everything they said they didn’t do, that Brennan said recently, mainly Clapper. It’s all bullshit. And I’ve got it right here,” Blixseth said.

On the explosive tapes, Blixseth walks Arpaio and Zullo through the details of the program on a computer screen. At one point, the three begin pulling up specific names of targeted individuals.

“You know who that guy is? That’s the head of the FISA court they hacked into, Reggie Walton,” Blixseth tells the investigators.

“John Roberts, the chief justice of the Supreme Court, was hacked,” Blixseth tells Arpaio and Zullo.

Insiders have always been skeptical of Roberts’ motives for siding with President Obama on the 2012 Obamacare case. While there’s still no available evidence that Roberts was blackmailed, the allegation that he was “hacked” by Obama officials provides some more context into the justice’s controversial career.