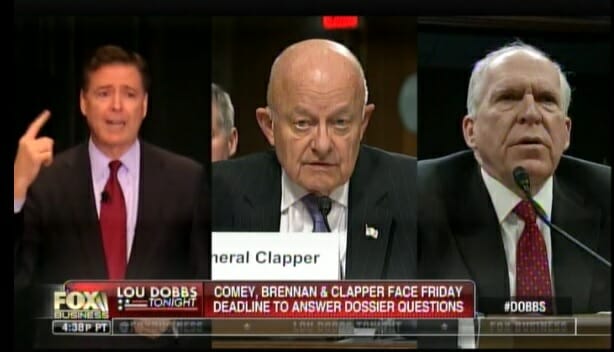 Former Deep State officials James Comey, John Brennan and James Clapper have until Friday to tell Congress when they knew the Trump dossier was funded by Democrats and the Hillary Clinton Campaign.

In a letter obtained by Fox News, committee Chairman Devin Nunes, R-Calif., posed a string of dossier-related questions to current and former intelligence, law enforcement and State Department officials. He specifically wants to know when they learned the document was funded by Democratic sources, and how it was used to obtain […]