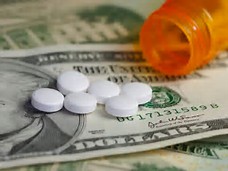 For the first time ever, the Food and Drug Administration has asked a drug company to pull a painkiller off the market because it has such a high potential for abuse.

The FDA said Thursday that Opana ER, an extended release form of the opioid drug oxymorphone made by the drug company Endo, was being crushed up and injected by people seeking to abuse it.

“Today, the U.S. Food and Drug Administration requested that Endo Pharmaceuticals remove its opioid pain medication, reformulated Opana ER (oxymorphone hydrochloride), from the market,” the FDA said in a statement.

“After careful consideration, the agency is seeking removal based on its concern that the benefits of the drug may no longer outweigh its risks. This is the first time the agency has taken steps to remove a currently marketed opioid pain medication from sale due to the public health consequences of abuse.”

The company is pushing back, saying the drug is safe and effective. The FDA says if Endo doesn’t voluntarily pull the drug from the market, it will withdraw approval.

“Endo is reviewing the request and is evaluating the full range of potential options as we determine the appropriate path forward,” Endo said in a statement.

“Despite the FDA’s request to withdraw Opana ER from the market, this request does not indicate uncertainty with the product’s safety or efficacy when taken as prescribed.”
“This action will protect the public from further potential for misuse and abuse of this product.”

Opana is one of many opioid drugs being abused in the opioid epidemic that is sweeping the United States.

The Centers for Disease Control and Prevention says opioid overdoses have hit record highs, killing more than 47,000 people in 2014 — more than the 32,000 who died in road accidents.

“We are facing an opioid epidemic – a public health crisis, and we must take all necessary steps to reduce the scope of opioid misuse and abuse,” FDA commissioner Dr. Scott Gottlieb said in a statement.

Endo, which sold $158 million worth of Opana ER in 2015, had reformulated the pills in 2012 and sought to get them labeled as abuse deterrent.

The FDA said that reformulation made things worse.

“The FDA’s decision is based on a review of all available postmarketing data, which demonstrated a significant shift in the route of abuse of Opana ER from nasal to injection following the product’s reformulation,” it said.

“Injection abuse of reformulated Opana ER has been associated with a serious outbreak of HIV and hepatitis C,” it added. Both viruses spread when people share needles.

Endo is one of five companies being sued by Ohio, the second state to sue companies after Mississippi. Everett, Washington sued Purdue Pharma, the maker of the opioid Oxycontin.

“The abuse and manipulation of reformulated Opana ER by injection has resulted in a serious disease outbreak,” said Dr. Janet Woodcock, director of the FDA’s Center for Drug Evaluation and Research.

“When we determined that the product had dangerous unintended consequences, we made a decision to request its withdrawal from the market,” Woodcock added in a statement.
“This action will protect the public from further potential for misuse and abuse of this product.”