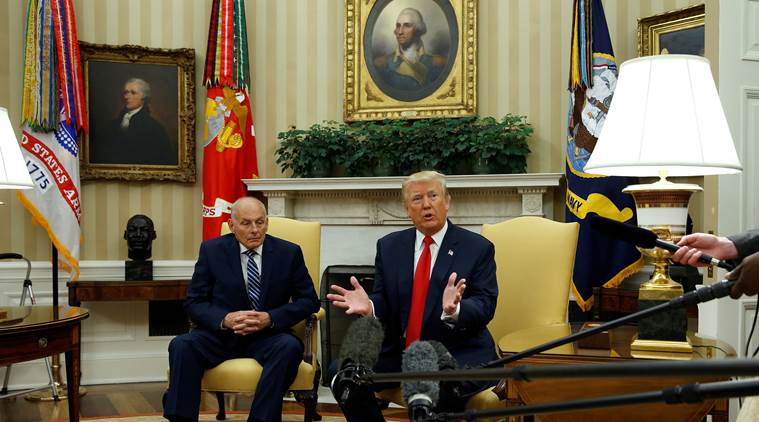 Gen. John Kelly was sworn into office at the White House Monday morning, taking the position of White House chief of staff.

The ceremony was closed to the press, but photographers were called in afterward to mark the occasion.

When asked for comment, President Trump said Kelly was “fantastic” and would do a “spectacular job” in his new position.

Later in the morning, Kelly and Trump met with the president’s entire cabinet.

Trump praised Kelly’s six month leadership of the Department of Homeland Security, calling the results “nothing short of miraculous.” He also predicted that Kelly would be “one of the greatest ever” chiefs of staff.

Despite the drama surrounding the White House, Trump touted positive economic and job numbers as proof that his administration is succeeding.

Trump’s choice of Kelly has earned praise from both political parties and has the respect of many in Washington, DC.

Skeptical members of the media continue to voice doubt that Kelly can stabilize the administration where former White House chief of staff Reince Priebus failed.