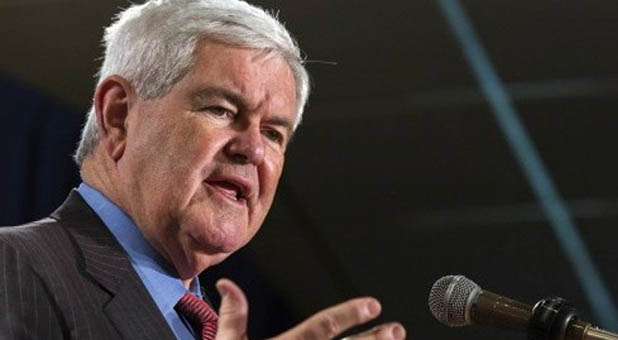 How bad? Nancy Pelosi would return to the Speaker’s chair.

During an appearance on Fox News, Gingrich urged Republicans to focus on economic growth.

.@newtgingrich: "If we don’t have economic growth next year, I think we’re in real danger of having Speaker Nancy Pelosi in 2019." #Hannity pic.twitter.com/MfBOFraI0V

He said the “highest focus” should be getting the tax bill passed.

“If we don’t have economic growth next year, I think we’re in real danger of having Speaker Nancy Pelosi in 2019,” Gingrich said.

He predicted Republicans would retain power if there is economic growth.

Trump has been frequently tweeting about job growth during his term.

Last week, he shared stats about private-sector job growth, most notably, 42,000 jobs added in mining and logging, a key focus during his campaign in Ohio and Pennsylvania:

During Trump’s first address to Congress, he touted job announcements during his first days in office, much to the chagrin of Nancy Pelosi.

“Since my election, Ford, Fiat Chrysler, General Motors, Sprint, Softbank, Lockheed, Intel, Walmart and many others have announced that they will invest billions and billions of dollars in the United States and create tens of thousands of new American jobs,” Trump said.

As many stood to applaud, Pelosi remained seated with a sour look on her face.