A new Android app has launched with the focus of allowing Muslims to report individuals who commit blasphemy, or insult Islam.

No, this is not a joke. The app, “Smart Pakem”, which launched in Indonesia last month at the request of the Indonesian government, will allow users and government officials to uphold Sharia law and target and report people who hold “misguided” beliefs in violation of Islamic law, which forbids insults of Islam, insults against the Prophet Mohammed, or the recognition of any other religion besides Islam. 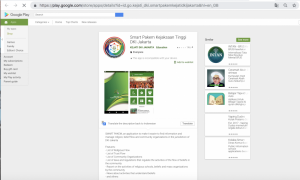 Indonesia is the largest Muslim country in the world, with an estimated Muslim population of 207 million.

Indonesia’s criminal code prohibits blasphemy, which is defined as “the act or offense of speaking sacrilegiously about God or sacred things”.