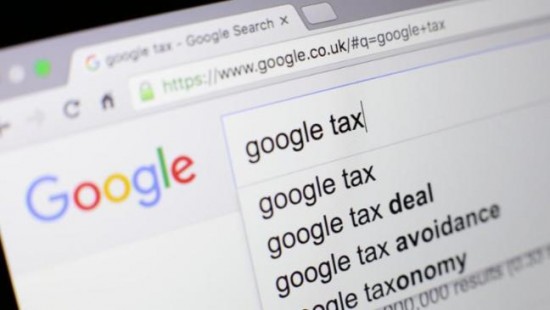 Google will find out this week if it owes 1.12 billion euros ($1.3 billion) in back taxes to France, just days after it was slapped with a record antitrust fine by the European Union.

Paris judges are set to rule as soon as Wednesday whether Alphabet Inc.’s Google illegally dodged French taxes by routing sales in the country out of Ireland. The case hinges on whether Google’s European headquarters in Ireland should be taxed as if it also has a permanent base in France.

“The backlash has been unrelenting because tax populism and Google-bashing are on the rise among certain politicians,” said Maximilien Jazani, a tax lawyer in Paris. The case could have “extremely harmful” side effects because any change in how tax law is interpreted would apply to all companies and could deter investment in France, he said.

Authorities across the continent have been trying to claim a slice of the billions of dollars of profits Google’s owners kept out of their grasp using techniques known as the Double Irish and the Dutch Sandwich. To end a dispute spanning 14 years, it recently struck a 306 million-euro settlement with Italian tax authorities. Last year, Mountain View, California-based Alphabet also agreed to pay 130 million pounds in an accord with U.K. authorities for taxes going back to 2005 after facing sharp criticism for booking ad sales through Ireland to reduce liability.

Google representatives declined to comment on the French ruling. The company previously said it complies with French law and was cooperating fully with officials to answer their questions.

The company got a boost last month when an adviser at the Paris administrative court delivered a non-binding opinion that Google should be let off the hook in part because of weaknesses in the legislation.

The French ruling follows the European Commission’s June 27 decision to levy a 2.4 billion euro fine for systematically favoring its own price-comparison-shopping service in its general search results. The EU case is one of at least three targeting the search engine amid demands for action from lawmakers.

In a digital economy, underpinned by the likes of Facebook Inc. and Amazon.com Inc., Jazani said there should be a strict notion of “permanent establishment” that’s not linked to where the services are consumed, in order to avoid territoriality conflicts between states.

“If you broaden the notion there will be double-taxation or even multiple-taxation,” the lawyer said. “It will lead to a tax world war because each state will seek to claim a tax base in their country and create legal uncertainty.”

But Tove Ryding, tax justice coordinator at the European Network on Debt and Development in Brussels, said the current rules are “an old way of thinking” that hark back to years where multinationals had factories in the countries they sold their products, which the new digital economy exploits at will.

“If you can sneak around that legal concept you’re free and can allocate your profit to a country where you pay less taxes,” Ryding said. “Administrations try the best they can with these dysfunctional rules” and, in the current setup, France could well lose its case.

The search engine is also embroiled in a French criminal investigation covering a different time period that has also focused on the tax status of the company’s Irish unit in France. In that case, French prosecutors raided the Alphabet unit’s Paris office in May 2016 after months of preparation spent offline to prevent leaks.

If Google wins the administrative court case, that will also “unsettle” the criminal case, according to Jazani. “If the facts are the same, the legal conclusion should be the same.”