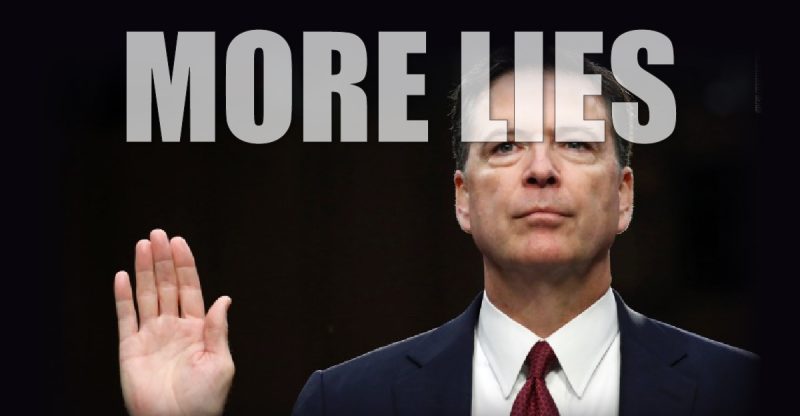 Earlier this week news broke that memos given to a close friend by former FBI James Comey and leaked to the New York Times for a story, contained classified information.

The memos themselves still haven’t been published, but according to The Hill, officials familiar with them confirmed the content as classified. They have been turned over to Special Counsel Bob Mueller as part of his investigation into Russian meddling during the 2016 presidential election.

More than half of the memos former FBI Director James Comey wrote as personal recollections of his conversations with President Trump about the Russia investigation have been determined to contain classified information, according to interviews with officials familiar with the documents.

This revelation raises the possibility that Comey broke his own agency’s rules and ignored the same security protocol that he publicly criticized Hillary Clinton over in the waning days of the 2016 presidential election.

During an interview with Fox News Tuesday morning, Senate Judiciary Committee Chairman Chuck Grassley confirmed that the memos do in fact contain classified information and that he expects to received them in the coming days.

Comey defenders have argued the information contained in the memos, which the former FBI Director typed out on a government laptop after meetings with President Trump, could have been retroactively classified. During testimony in front of the Senate Intelligence Committee in June, Comey denied the memos contained classified information before being shared with a friend and the press.

At the time of the revelation that Comey had leaked his own memos, George Washington University Law Professor Jonathan Turley questioned the legality of the move.