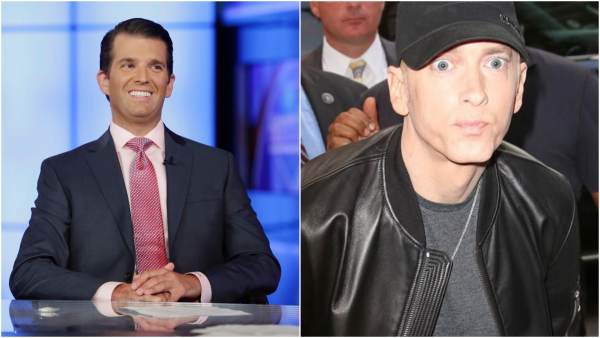 On Tuesday, Complex Magazine reported that the rapper has canned lines ready for President Trump.

“I’ve got lines ready if he says something about me,” claims Eminem.

Eminem on Trump: "I've got lines ready if he says something about me." https://t.co/xjuYfNi60M pic.twitter.com/SljzpBRQsS

When asked if he was worried about losing fans due to the political tone in his new album, he responded: “I’m not worried about whether people like what I say politically.”

“I just want to know they’re listening,” he added. “As long as I have people’s ears, I have to say what I think is right.”