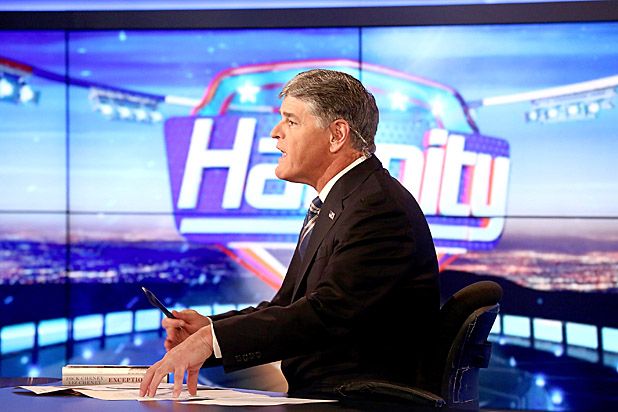 Fox News host Sean Hannity ripped into MSNBC’s Joe Scarborough on Twitter Monday after the latter called his show “state-run television,” saying Scarborough was “desperate for attention” and “sold his soul” to keep his job.

The two hosts have had an ongoing feud, Mediaite reports, with Hannity constantly deriding Scarborough’s commentary against President Donald Trump on his nightly Fox program. Scarborough has suggested Hannity has an “obsession” with “Morning Joe.”

He also said Scarborough “sold his soul” to remain at MSNBC. Hannity said Greta Van Susteren, the former Fox host who joined MSNBC in January but was fired last month, “refused to change.”

Liberal Joe is desperate for attention now. Lashing out @Potus me, singing bad songs on Colbert. I crushed him on radio and TV #epicfailure https://t.co/wbLMeBLp7B

Sad truth about Liberal Joe is this; He had to become an MSNBC liberal to keep his job. @greta refused to change. Joe sold his soul Sheep TV

Hannity also claimed Scarborough had “begged” Fox executives for a job while he was at NBC. In an apparent reference to NBC executives Phil Griffin and Andy Lack, he invited “Phil & Andy” to “call me for details.”

Fact; Liberal Joe BEGGED Ailes and Shine dozens of times for a job on Fox while working at NBC. Phil & Andy call me for details. #Betrayal https://t.co/aWy5LuQitQ

UPDATE: 11:41 A.M.: This article was updated with an additional tweet by Hannity claiming Scarborough begged for a job at Fox News.