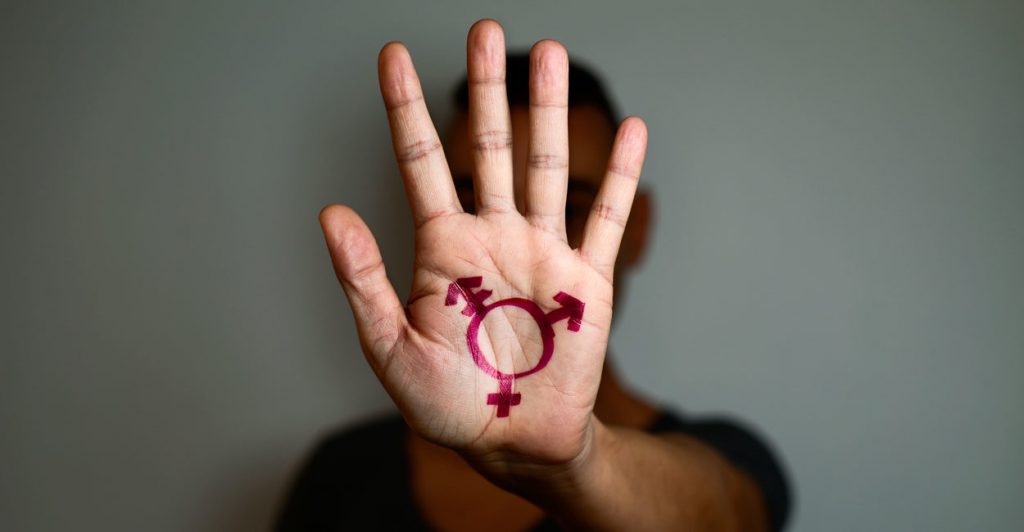 Who knew that removing the federal government from debates over school bathroom policies would be considered an assault on LGBT rights?

That’s the argument activists made last week when the Department of Education announced that it would be enforcing Title IX the way the federal government always had—up until the second term of the Obama administration. That’s when the Obama Department of Education announced that the word “sex” now meant “gender identity”—and ordered schools to open up their bathrooms, locker rooms, showers, and dorms accordingly.

It’s understandable why many ordinary Americans recoiled at this transgender mandate. Most Americans—including those who identify as transgender—aren’t activists and want to find ways to peacefully coexist. Most can understand why a man who identifies as a woman doesn’t want to be forced into the men’s room, but also understand why women don’t want a man in the ladies’ room. These concerns are even more heightened when dealing with students.

As I explain in my book, “When Harry Became Sally: Responding to the Transgender Moment,” new transgender policies raise five distinct areas of concern—privacy, safety, equality, liberty, and ideology—and the Trump administration is right to reject the radical Obama policies in favor of letting local officials work to find reasonable compromises.

It shouldn’t be hard to see the privacy concerns when men who identify as women can enter female-only spaces. When changing for gym class, most high school girls don’t want to see or be seen by boys who identify as girls.

The reason we have separate facilities in the first place is not because of “gender identity” but because of the bodily differences between males and females. This privacy concern is particularly acute for victims of sexual assault, who testify that seeing naked male bodies can function as a trigger.

Preventing sexual assault comprises another major area of concern. Public safety experts explain that predators abuse gender-identity policies to gain access to victims. The concern is not that people who identify as transgender will victimize women, but that perverts will use such policies to do so. Indeed, after Target changed its policies, men disguised as women were caught doing just that.

Activists promote gender identity policies in the name of equality, but isn’t it a violation of equality when biological males compete against females in sports and other arenas where sex differences are relevant? Already a high school girl has lost a state track championship to a boy who was allowed to compete against girls.

Activists also promote gender identity policies in the name of liberty, but isn’t it a violation of liberty to force people to speak or act in ways contrary to their best judgment and deeply held beliefs?

In New York City you can be fined up to a quarter-million dollars for “misgendering” someone. Catholic hospitals are being sued for declining to perform sex-reassignment surgeries. And in its last year, the Obama administration issued a mandate forcing health-care plans to cover sex-reassignment procedures and forcing qualified physicians to perform them.

While the mandate doesn’t require that all physicians perform transitions, a surgeon who performs hysterectomies for cancer, for example, would be required to also perform them for sex-reassignment purposes; an endocrinologist who administers testosterone for men with low testosterone would have to do so for women who want to identify as men.

This mandate included no exemptions for religious liberty, no protections for conscience, and no considerations at all about best medical judgment: Many doctors, after all, think hormonal and surgical “transition” procedures to be bad medicine. They consider the appropriate medical response to gender dysphoria to be one directed at the mind and the emotions, not at the body.

Which, of course, leads to the final concern: ideology. Transgender ideology is promoted not only in schools, where children are taught that gender is fluid, falls along a spectrum, and is detached from bodily sex, but increasingly in all walks of life, where no one may dare dissent from transgender-affirming protocols.

Activists go after anyone who expresses any reservation at social transition for 5-year-olds, puberty blockers for 9-year-olds, and testosterone for 14-year-old girls. Just last week a family lost custody of their teenage daughter because a judge ruled that it was in her best interest to receive transition therapy, against her parents’ wishes.

But contrary to the claims of activists, sex isn’t “assigned” at birth—and that’s why it can’t be “reassigned.” Sex is a bodily reality that can be recognized well before birth with ultrasound imaging. Cosmetic surgery and cross-sex hormones don’t change the deeper biological reality. People who undergo sex reassignment procedures do not become the opposite sex, they merely masculinize or feminize their outward appearance.

The medical evidence suggests that sex reassignment does not adequately address the psychosocial problems suffered by people who identify as transgender. Even when the procedures are successful technically and cosmetically, and even in cultures that are relatively “trans-friendly,” transitioners still face poor outcomes.

In truth, very little is understood about the causes of discordant gender identities. Starting a child on an experimental process of “social transitioning” followed by puberty-blocking drugs and cross-sex hormones was unthinkable not long ago.

As I show in “When Harry Became Sally,” a more cautious therapeutic approach begins by acknowledging that 80 to 95 percent of children with gender dysphoria will grow out of it naturally. Many experts think of gender dysphoria as being much like other kinds of dysphoria, or serious discomfort with one’s body, such as anorexia.

The most helpful therapies do not try to remake the body to conform with thoughts and feelings—which is impossible—but rather to help people to move toward accepting the reality of their bodily selves.

Children are especially vulnerable, and while we need to respect the dignity of people who identify as transgender, we must do everything possible to protect young people and foster their healthy development. That will require acknowledging that it is not discriminatory for public policy to take our sexual embodiment seriously.