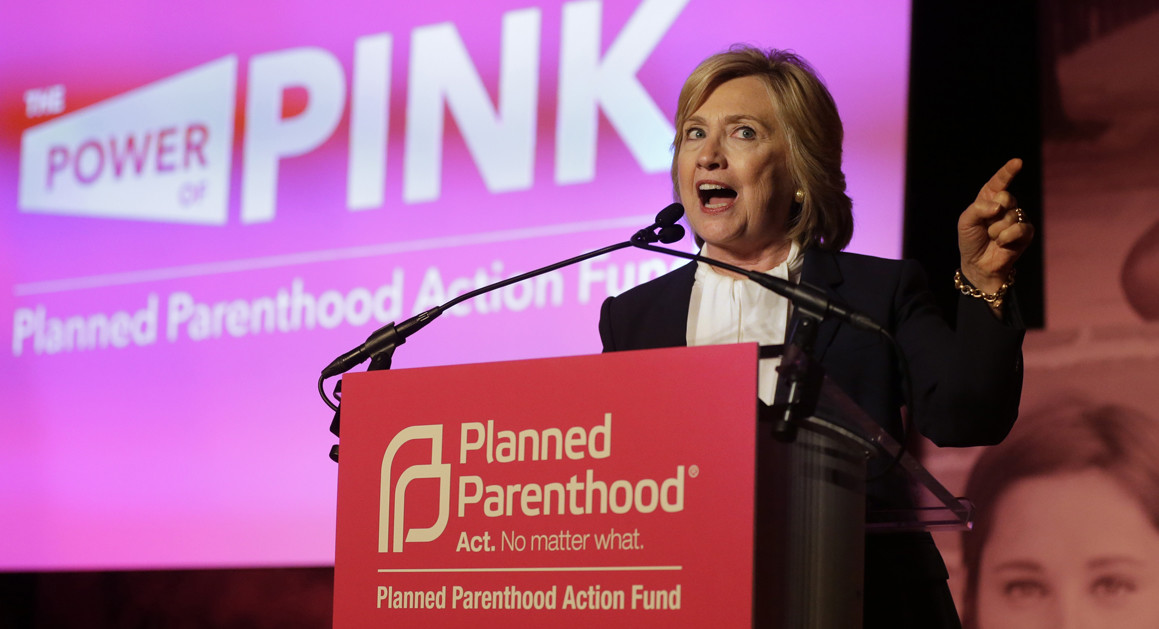 Failed presidential candidate and former first lady Hillary Clinton has never kept her love of the country’s largest abortion provider a secret, but Tuesday she went a step further and tweeted a photo of herself modeling a “nasty woman” shirt to raise funds for Planned Parenthood.

The item from the Full Frontal with Samantha Bee merchandise line comes from the phrase “such a nasty woman,” that President Trump said during the third presidential debate last year when Clinton implied that he doesn’t pay taxes.

“By getting this exclusive “Nasty Woman” shirt, you’re joining Samantha Bee and countless other smart, fearless women and men in supporting Planned Parenthood Advocacy Project Los Angeles County,” according to the item’s description that Clinton linked to in her tweet, “standing up for women’s (aka, human) rights and helping to pave the way for a brighter future. This is such an incredible time in our country’s history. Don’t you want to look back on it with pride, knowing that you helped make a difference? We do! Join us and let’s make it happen.”

The Full Frontal show really appreciated Clinton’s advertising, tweeting, “Thank you! You will always be the original #NastyWoman! #StandWithPP”

Thank you! You will always be the original #NastyWoman! #StandWithPP https://t.co/K4A7M7MvT5

Samantha Bee has long been a vocal proponent of abortion. Her show has smeared pro-life organizations in the past as “bullsh*t,” “d*ckheads” and “a**holes.”

According to their latest annual report, Planned Parenthood performed 328,348 abortions last year, a number that translates to stopping the beating hearts of 899 unborn babies every single day last year.