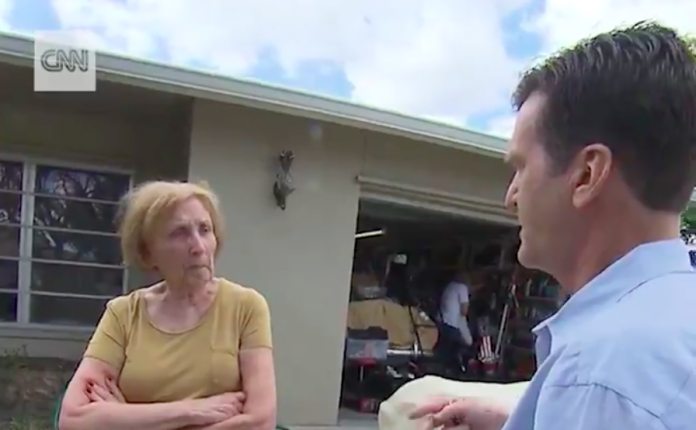 In a video posted on CNN’s Twitter page, a reporter confronts Florine Gruen Goldfarb, an elderly Trump supporter who ran a local pro-Trump Facebook page. On the page, she unknowingly promoted an event that was alleged to have been organized by Russian operatives.

A Florida woman who ran a Trump supporters page that unwittingly promoted a Russian-coordinated event on Facebook says she doesn’t believe that she was influenced by Kremlin-linked trolls https://t.co/DmgDRFRwyn pic.twitter.com/OAz5julCyA

While CNN was aware that the women, and the attendees of the rally allegedly organized by Russians, they still attempted to insinuate that the woman was affiliated with Russian operatives.

The interview was done similarly to the way Michael Moore approaches people with questions, oftentimes outside their homes. This is ironic, because Michael Moore attended an anti-Trump rally that was allegedly organized by Russian operatives.

The rally, which occurred in November of 2016 near Trump Tower, was found to be organized by operatives linked to Russia in order to “sow discord in the U.S. political system,” according to an indictment signed by Special Counsel Robert Mueller.

While at the protest, Michael Moore even posted a picture for his Twitter followers.

I wonder if CNN will harass Michael Moore in front of his home for this?