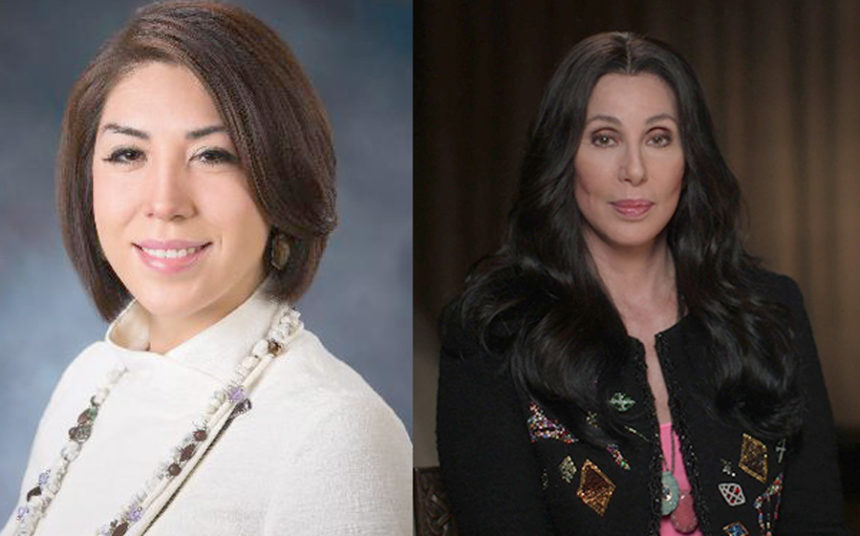 Well, isn’t that just peachy. Idaho is having a female Native American Democrat run for the governor’s office. Democrats in the state haven’t had one of their own in that office since 1990. The reason she is running now is that Gov. Butch Otter (R) has decided not to run for re-election. That’s bad news for Idaho. It gives progressive socialist Democrats in the state a fighting chance at the governorship. I certainly didn’t always agree with Otter, but he was far preferable to this option. Meet progressive Democrat Paulette Jordan. She’s actually more of a Berniecrat and is a crypto-communist. This woman is dangerous.

Cher endorses Jordan… that pretty much tells you all you need to know right there. She’s also endorsed and backed by People for Bernie. She is 37 years-old and a state representative. She is the only Democrat from Northern Idaho and she has her sights set on becoming the nation’s first Native American governor. Jordan was born and raised in Northern Idaho and owns timberland and farmland there. Her ancestors come from several local tribes and also a line of tribal chiefs going back to her great-grandfather. She is an enrolled citizen of the federally recognized Coeur d’Alene tribe, which is based on the reservation of the same name. She also has Sinkiuse (known as the Moses–Columbia Band of the Colville Confederacy), Nez Perce and Yakama–Palus ancestry. If you didn’t look at what she really stands for — unfettered socialism — you might be tempted to vote for her. Don’t do it.

Jordan was also the youngest member of the Couer d’Alene tribal council. There are evidently more socialists in Idaho than I ever knew. They are lining up and fawning over this young Democrat. She describes herself as VERY progressive. Jordan announced her campaign back on Dec. 7th and spoke of “service” to the state of Idaho. Her campaign website lists a livable wage, education, affordable healthcare and Medicaid expansion as her top priorities. She’s also for raising taxes. It’s the typical progressive laundry list and it’s honeyed political death for Idaho.

Jordan also describes herself as the anti-Trump candidate in the race. Idaho went for Trump, I think she’s going to have an issue there. “The truth is, in fact, that we’ve created hundreds of thousands more jobs through clean energy developments than we have through fossil fuel developments,” Jordan said. “The President is choosing to lie to the general public for these reasons, for his own sake to take from the public. Take from the people. And that is wrong.” Spoken like a true socialist and she’s lying through her teeth. That just isn’t true.

She also went off on the fact that Trump decided to reduce the size of two of Idaho’s federally protected national monuments, which by the way, was the right thing to do. “We have this President who decides to open up [monument sites] for oil and gas extractions to basically to ravage the land in every way possible for the benefit of the corporations,” she said. “Now that, to me, is not only unlawful but goes back to being a detriment to the people.” Wow, she’s really a Marxist moonbat. She wants to keep Idaho’s land under federal control. 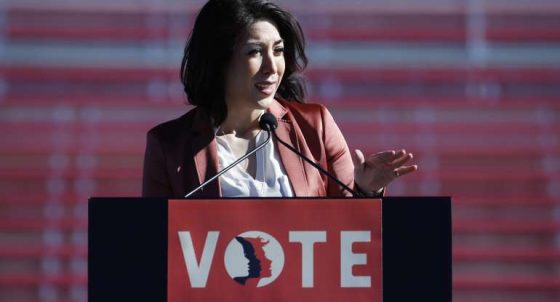 According to Vice, Jordan says that it is essential to have a Native American in the Idaho governor’s office. “I see myself helping to contribute to the balance of representation and to ultimately inspire others who may not think this position is attainable,” said Jordan. “There are people who think entering office is only for older, white, wealthy men. We’re now here to break boundaries and people’s perception.” So, she’s also the anti-white man candidate. Good to know. And of course, she’s into wealth redistribution. Doing communists proud.

Jordan will be battling against moderate Democrat A.J. Balukoff, a Boise businessman, in the Idaho Democratic Party’s gubernatorial primary. He’s 71, but he has a lot of funding. Idaho Ed News reported Balukoff raised $181,271 and spent $143,699 in the last half of 2017 — $175,000 coming out of his own bank account. He’s never been shy about self-funding. Balukoff spent nearly $3.6 million of his own cash the last time he ran for governor in 2014. One can only hope he prevails and that a really good Republican runs in Idaho this time around.

Jordan participated in both Women’s Marches, replete with her pink p*ssy hat. Make no mistake, this woman is one of the rising stars of the new leftist Democratic Party. Idaho is only one of her stops on the way up. Idahoans need to vet their candidates carefully and not elect a crypto-communist like Jordan.