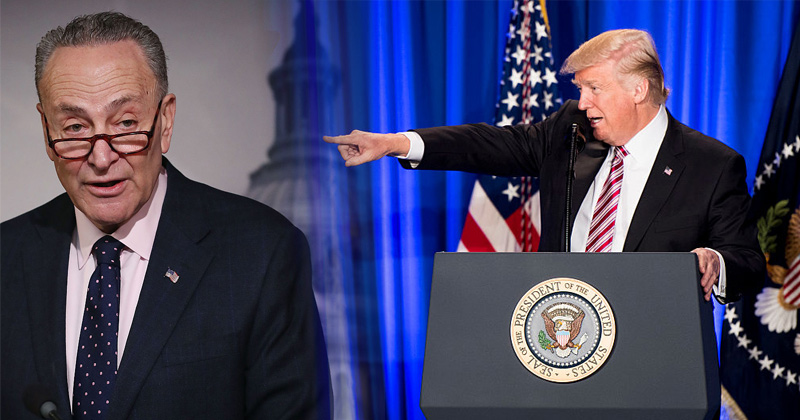 The White House had some pretty strong words for the latest Senate amnesty proposal.

The Administration strongly opposes passage of the Schumer-Rounds-Collins Amendment.  This Amendment would drastically change our national immigration policy for the worse by weakening border security and undercutting existing immigration law.  Specifically, preventing enforcement with respect to people who entered our country illegally before a date that is in the future would produce a flood of new illegal immigration in the coming months.  The Amendment would undermine the safety and security of American families and impede economic growth for American workers.

But that’s nothing compared to the fireball from the Department of Homeland Security.

The Schumer-Rounds-Collins proposal destroys the ability of the men and women from the Department of Homeland Security (DHS) to remove millions of illegal aliens. It would be the end of immigration enforcement in America and only serve to draw millions more illegal aliens with no way to remove them.  By halting immigration enforcement for all aliens who will arrive before June 2018, it ignores the lessons of 9/11 and significantly increases the risk of crime and terrorism.

It is an egregious violation of the four compromise pillars laid out by the President’s immigration reform framework. Instead of helping to secure the border as the President has repeatedly asked Congress to do, it would do the exact opposite and make our border far more open and porous. It would ensure a massive wave of new illegal immigration by exacerbating the pull factors caused by legal loopholes.  By keeping chain migration intact, the amendment would expand the total legalized population to potentially ten million new legal aliens – simultaneously leading to undercutting the wages of American workers, threatening public safety and undermining national security.

The changes proposed by Senators Schumer-Rounds-Collins would effectively make the United States a Sanctuary Nation where ignoring the rule of law is encouraged.

I don’t think I’ve ever seen a statement from DHS that was this strong. And it goes into the nuts and bolts of what a real compromise should address.

The amendment fails to address serious loopholes in immigration law on detention and removal authorities, including Zadvydas v. Davis.  The most egregious loopholes have required DHS to release aliens with final orders of removal – including dangerous convicted criminal aliens – into American communities if, because their country of origin refuses to accept them, we are unable to remove them in 180 days.

It does nothing to combat sanctuary jurisdictions, and does not enhance ICE’s detainer authority—the tool it uses to pick up and process aliens from the secure and controlled environments of jails and prisons – or indemnify local jurisdictions that seek to comply with detainers.  This forces ensures that local jurisdictions release criminals back into communities to re-offend.

It does not fix any current removal loopholes that it make it difficult for DHS to remove criminal aliens and does not subject gang members to removability – a serious concern where many gang members enter the country as Unaccompanied Alien Children (UACs) and are unable to be removed.

Fails to address The William Wilberforce Trafficking Victims Protection Reauthorization Act of 2008, which limits the DHS ability to promptly return UACs who have been apprehended at the border and creates additional loopholes.

It exposes the parent ban as a fraud.