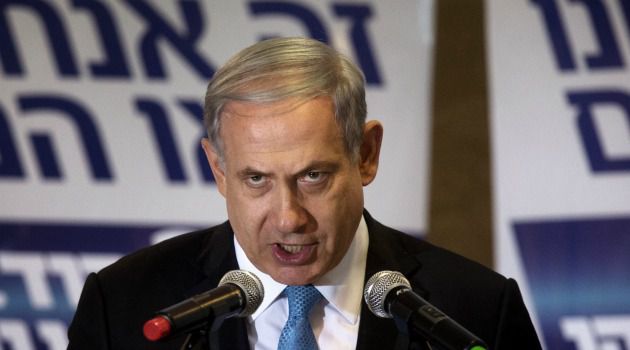 One of the truly perverse arguments that Soros cronies have trotted out is that opposing the aspiring Bond villain is anti-Semitic. Never mind that Soros and co. have an extensive history of anti-Semitism.

He collaborated with the Nazis during the Holocaust and insisted that helping confiscate property from Jews brought him no guilt. “There was no sense that I shouldn’t be there, because that was well, actually, in a funny way, it’s just like in markets that if I weren’t there of course, I wasn’t doing it, but somebody else would.” He described the season of these horrors as “the most exciting time of my life.”

Soros grew up in a “Jewish, anti-Semitic home”. He called his mother a “typical Jewish anti-Semite” who hated his first wife because she was “too Jewish”. After undergoing psychoanalysis, he was able to understand that his shame was rooted in his Jewishness. He had a special contempt for Jewish philanthropies after a failed attempt to defraud a Jewish charity in London.

He was booed when he undermined the presentation of an award to a Holocaust survivor by comparing Israeli Jews to Nazis. Elie Wiesel had declared in disgust, “I heard what happened. If I’d been there—and you can quote me—I would have walked out.”

That same year, Soros blamed the Israeli government for a “resurgence of anti-Semitism in Europe”. He might have been more honest if he took responsibility considering his funding of groups that traffic in anti-Semitic smears. And his own anti-Semitic allegations that “attitudes toward the Jewish community are influenced by the pro-Israel lobby’s success in suppressing divergent views.”

But the same leftists who insist that killing Jews isn’t anti-Semitic, claim that criticizing Soros is. But the Israeli government is quite clear on what it thinks of Soros. At issue, this time around, is the flow of illegal migrants into Israel. Much like in the US and Europe, the left quickly swarmed to protest against any deportations.

Netanyahu made the statement during a meeting of Likud ministers, in response to Science Minister Ofir Akunis (Likud) who said local aid organizations are funded by foreign governments and foundations.

“George Soros is also funding the protests,” Netanyahu said, according to leaks from the meeting carried by Channel 10. He reportedly added that former US president Barack Obama “deported two million infiltrators and they didn’t say anything.”

Soros is funding them, I’m sure. Though the EU probably is too. Along with others in the lefty network.

Meanwhile here’s how bad the situation has gotten in parts of Israel.

Tiger left Sudan and his parents and five brothers. His face and hands have visible scars. He carries on his person a knife hidden under his shirt in a leather case. Eight years ago he infiltrated Israel, worked in Eilat and escaped three years ago after local police began, in his words to, “sit on my tail.”

The third organization called HaKilerim (The Killers) was considered the most dangerous and specializes in collecting protection money from Jewish businessmen, Sudanese refugees and Romanian workers, Chinese and Filipinos who settled in the area and opened small businesses, as well as prostitutes and drug addicts.

In southern Tel Aviv, on Neve Shanan Street, as soon as darkness falls, the criminals go out and business owners go on alert. “By five – six pm most shops are closed fearing criminals will steal, rob and take protection money,” says a man who sell shoes in the area. “Whoever stays open gambles with his life. Those who do not pay, the criminals break the windows of their stores and put their knives to his throat, destroying and stealing merchandise. They are not afraid of the police. They have nothing to lose.”

This is exactly what Tiger does. Although his appearance is not particularly scary, he makes his rounds of the stores and collects the  protection money and gives the money to his boss. “That’s what I do in Sudan. Never learned in school, my parents had no money to send me to school, and to my family not be hungry we were stealing from shops, houses, anything that could get us money,” he says. “I know the South Tel Aviv as if I was born here. Jews also pay us money to keep them in business. Those who do not pay, we destroy his business and steal his money.”

This is what the left is fighting for. Just as in the US and Europe, leftists fight to destroy their host country.

Here’s an appearance by May Golan, a longtime activist against migrant crime, on Sean Hannity.