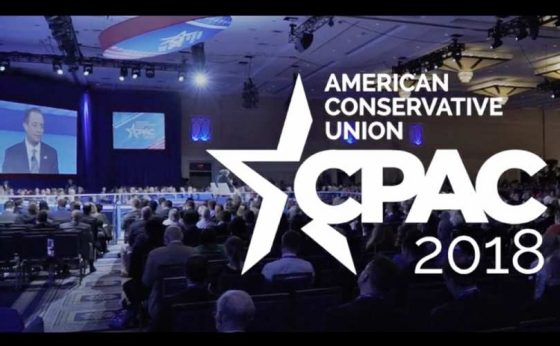 Ronald Reagan would be rolling over in his grave if he knew what the leadership of the American Conservative Union (ACU) was doing to the conservative movement. The ACU, which sponsors the Conservative Political Action Conference (CPAC), has destroyed one leg of Reagan’s “three-legged stool” approach to conservatism, and has greatly undermined another.

Reagan’s approach emphasized the fiscal/economic, social/moral, and national security aspects of conservatism. Under this approach, the secret of success is maintaining all three legs of the stool. But the stool is broken at CPAC 2018.  The Swamp has taken over.

This scandal unfolds as we are reminded that last year’s CPAC invited and then disinvited “gay conservative” Milo Yiannopoulos after he made comments condoning man-boy sex.

As someone who met Reagan in the White House and heard his speeches at CPAC, I have the experience and history in the movement to comment. I introduced then-Rep. Mike Pence at CPAC in 2009. My group America’s Survival, Inc. has been an exhibitor at CPAC in the past.

But for speaking out on the subject of CPAC’s libertarian/leftward drift, I have already been denied media credentials to cover this year’s conference. CPAC told me to buy a ticket if I wanted to go. (For the record, I operate a global media platform, America’s Survival TV, which reaches more than 60 countries through YouTube and Roku). But there’s more to this scandal than the decision by these mislabeled “conservatives” to silence a dissenting authentic conservative voice.

As an Eagle Scout, I was taught to be “morally straight.” The Scouts have since been effectively taken over by the homosexual movement, and so apparently has CPAC.  ACU executive director Dan Schneider, who claims to be an Eagle Scout, banned the pro-family group MassResistance from even having a table in the exhibit hall. He said he was offended by Camenker’s disrespectful tone toward gays during a speech from years ago. Meanwhile, the so-called Log Cabin Republicans, who march in gay rights parades and hold graphic and obscene signs, are allowed to have a booth in the exhibit hall. They promote gay marriage and “trans troops” and have received the endorsement of President Trump. It’s their perversion of the sacred institution of marriage that is truly disrespectful.

President Trump, the star of Joel Gilbert’s film “Trump: the Art of the Insult,” is a featured CPAC speaker. Remember that Trump had poured tens of thousands of dollars into the coffers of the American Conservative Union. But he cancelled his CPAC speech in 2016 because of conservative suspicions that he wasn’t that conservative and that he would get a tepid reception. One can understand having Trump speak to CPAC as president, since he has carried out some conservative policies. CPAC attendees will want to hear Trump take on the forces that gave us the Obama presidency and what he is doing to dismantle their gains.

But CPAC’s invitation to French politician Marine Le Pen, who has praised former KGB officer and Russian President Vladimir Putin as a Christian statesman, is indefensible.  Her appearance overshadows some other CPAC panels featuring some good national security experts.

ACU chairman Matt Schlapp defends the choice of Le Pen on freedom of speech grounds, oblivious to the fact that his sidekick Dan Schneider banned the MassResistance group from even paying for a table to exhibit their books and literature.

It seems curious until you realize that Mercedes Schlapp, the wife of Matt Schlapp, works for the Trump White House as Director of Strategic Communications. His bio says that he and his wife are founding partners of Cove Strategies, a “legislative, communications and political consulting firm.” In other words, they are lobbyists. They are paid to get access to Washington politicians for various clients. “Cove Strategies specializes in established relationships and connections to Republican officeholders and center-right influencers,” says his website. This is a picture-perfect definition of what we might call “The Swamp.”

One suspects that Le Pen’s Russian-financed National Front political party is on the hunt for some “influencers” in the nation’s capital and the Trump White House.

In another controversy, CPAC has abandoned the Ronald and Nancy Reagan stance against using illegal drugs and this year is featuring a “debate” on the subject with somebody from the Colorado Cannabis Chamber of Commerce. The use of marijuana in Colorado has destroyed the minds of many young people, increased fatalities on the road, led to more homelessness, and caused some tragic deaths and murders.  One of the most notorious was a Denver man who pleaded guilty to killing his wife while he was high on marijuana edibles. Richard Kirk was sentenced to 30 years in prison. CBS4 in Denver reported that Kirk told the court during the sentencing that if he “had not taken a marijuana edible his wife Kristine would be here today.”

So what is happening at CPAC? The influence of Big Marijuana, a booming business in Colorado, has to be considered a factor. As the bodies of the stoners pile up and students get mentally impaired by smoking dope, the marijuana industry will want to find some of its own “influencers” in Washington, D.C. to protect its profits. Interestingly, Republican Senator Cory Gardner of Colorado has emerged as one of Big Marijuana’s biggest friends in Washington, D.C. So have the Koch Brothers. They hate Attorney General Jeff Sessions’ rollback of former President Obama’s illegal pro-marijuana policies.

It turns out the libertarian Koch Brothers believe in a “free and open society” in the same way that leftist billionaire George Soros does. Soros largely financed the drug legalization movement, in the name of an “open society.”  After legalizing marijuana, they aim to legalize other mind-altering drugs, including LSD, in the name of compassion, medicine, states’ rights, and even spiritual enlightenment. This dangerous scam must be resisted before more lives are lost.

In addition to the lobbying activities by The Swamp, one suspects that big money from the pro-gay GOP hedge fund billionaire Paul Singer is also playing a behind-the-scenes role.

Even a powerhouse figure like Dennis Prager is not immune to the pressure. He put out a Prager University video with Guy Benson of Fox News pitching his homosexuality as a conservative value to young people. Fox News, supposedly a conservative channel, has long been in the deep pockets of the homosexual lobby, with anchor Shep Smith crusading for gay rights on the air and the channel’s management financing the activities of NLGJA, a network of LGBTQ media “professionals.”

Some conservatives were slow to understand what Barack Hussein Obama’s campaign to “fundamentally transform” the United States was all about. They thought he was a misguided liberal, not a hard-course Marxist. Obama’s agenda was Cultural Marxism, as well as weakness and appeasement in foreign affairs.

ACU claims, “For more than fifty years, ACU has served as an umbrella organization harnessing the collective strength of conservative organizations fighting for Americans who are concerned with liberty, personal responsibility, traditional values, and strong national defense.”

This is false advertising. In the social and moral area, it looks like they have made room under their “conservative” umbrella for the radical gay leftists and libertarians, who want to recruit our school kids to the gay lifestyle, by forcing out those of us who really do believe in “traditional values.” At the same time, these kids should have access to dope, so they can become dopes. In foreign policy, being pro-Russia is not a disqualifier.

Little did grass-roots conservatives know that leaders of the conservative establishment in Washington, D.C., who are members in good standing of The Swamp, would climb on board Obama’s Cultural Marxism train and keep it chugging along.

The “Obama conservatives” are in charge of CPAC.