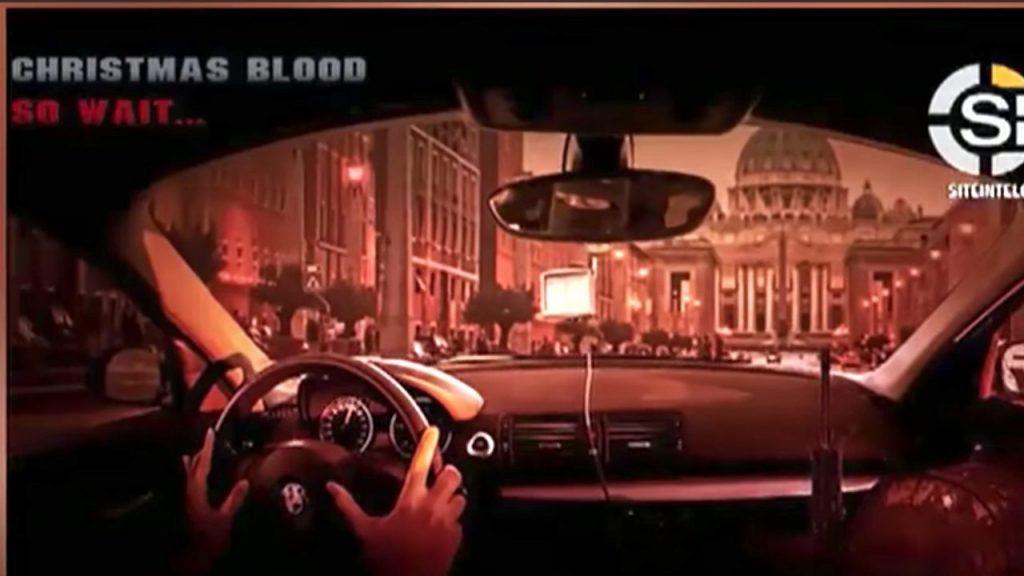 Islamic terror group ISIS is hinting at a “Christmas blood” attack, and has identified the target: the center of Catholic worship, the Vatican.

Here’s a news video from Fox News on the threat:

Where was the threat made?

A poster is being circulated among ISIS supporters that shows a man driving in a car with a gun and a backpack towards the Vatican. In English lettering reads, “Christmas blood,” and “So wait…” on a second line.

The Christmas season has been a time for Islamist terrorists to strike in the past. The “underwear bomber” attempted to blow up a plane around Christmastime in 2009. The heinous terror attack in San Bernardino, California, began at a Christmas party when Syed Farook and his wife Tashfeen Malik killed 14 of their co-workers in 2015.

Terror experts have warned that the inroads made against the so-called Islamic State “caliphate” in Iraq could mean increased terror attacks around the world as the groups spreads its attention toward isolated attacks instead of controlling land.