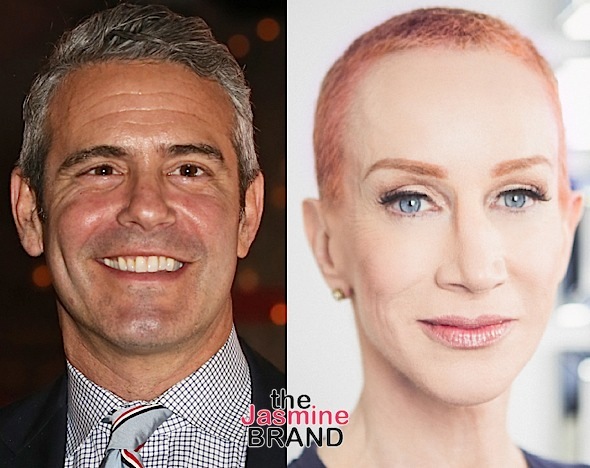 Shade alert! Kathy Griffin slammed Andy Cohen on Twitter after he pretended that he doesn’t know her.

TMZ photographers recently spoke to the Bravo host, 49, at Los Angeles International Airport and asked if he has spoken to the comedian, 56, since replacing her as the cohost on his friend Anderson Cooper‘s New Year’s Eve special on CNN.

“Who? I don’t know her,” he joked with a smile, seemingly quoting Mariah Carey‘s infamous line. “I’m trying to remember [her].”

Griffin quickly caught wind of Cohen’s shady comments and took to social media to respond. “Even when it’s on tape, there are doubters? He is NOT kidding w paps,” she tweeted on Friday, October 27. “Was my boss for 10 years. Treated me like a dog. Deeply misogynistic.”

Even when it's on tape, there are doubters? He is NOT kidding w paps. Was my boss for 10 years. Treated me like a dog. Deeply misogynistic https://t.co/geqFsLtWy1

Cohen has yet to publicly respond. Us Weekly has reached out to his rep for comment. However, a source tells Us, “It’s no secret that the two are not friends.”

The Watch What Happens Live host and the Emmy-winning comic worked together on Bravo for years. Her series, Kathy Griffin: My Life on the D-List, aired from 2005 to 2010, and she has also had several stand-up specials on Bravo.

Griffin was fired from CNN’s New Year’s Eve show in May after she posed for a now-infamous photo with a fake, bloodied head resembling President Donald Trump. Cooper, 50, denounced the picture, tweeting at the time that it was “clearly disgusting and completely inappropriate.” He later softened his stance during a WWHL appearance in July, when he told his pal Cohen that he and Griffin were “still friends.”