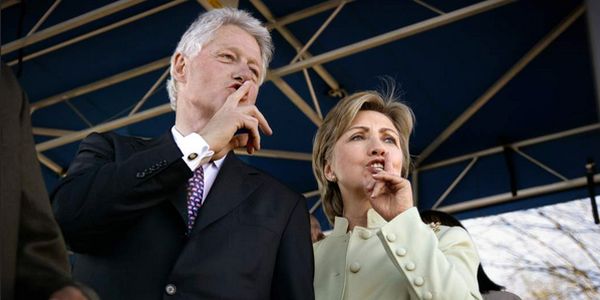 I am a big proponent of statistics and math. Statistics tend to be very good barometers of probability, and math is fact, not an opinion – which we seem to have an over abundance of.

Ask yourself this question: How many people do you know or have worked with, that have committed suicide? On average the typical person who has lived five decades or more knows of 2 such tragic events. I personally have had three friends take their own lives.

Granted, being the ultimate liberal power couple means you know a lot of people, however, let’s do some math.

As I said, the average person past middle age has known at least two suicide victims. Let’s increase this to the high side and go with my own experience of knowing 3. Over the course of the Clinton’s careers 15 people with close ties or investigating the Clintons have committed suicide – that is 500% more than even a high average.

Of the 3 friends that I knew, 2 of  them had a history of depression and third person had a crushing business failure that he couldn’t come to terms with.

But Clinton compatriots have a tendency to off themselves without the slightest hint of an issue and, sometimes, in the most unusual ways. There are dozens of people surrounding the Clintons who wake up dead from various causes; out of that group, 15 killed themselves, including:

Even knowing someone who knows the Clintons causes suicide. Clinton Commerce Secretary Ron Brown, under investigation for corruption, had  openly committed to testify against the First Family, (he suddenly died in a plane crash). Not strange enough yet?  The head of the air traffic in Croatia, where the crash took place, shot himself in the chest just 3 days later.

Understand that I have no direct evidence that anyone ordered the murder of these suicide victims, nor am I making any accusations (so no need to kill me); it is very possible that many or all of these suicides can be explained away.

What I am saying is that math matters. When you calculate the odds of a person knowing 15 suicide victims, you quickly  realize that it is roughly the same odds as being crushed by a meteorite (FACT). How many people do you know that have even seen a meteorite?

Regardless of the real cause of this rash of suicides, one thing is irrefutable, the Clintons are the Typhoid Mary of suicide and should be avoided by anyone with plans on a long life.