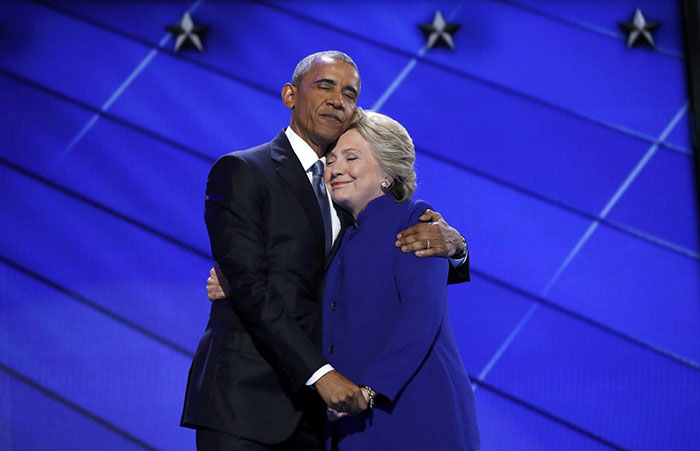 Senators Chuck Grassley of Iowa and Lindsey Graham of South Carolina have released a criminal referral from the Senate Judiciary Committee that reveals the existence of a second dossier compiled by British spy Christopher Steele. The referral, approved for release by the FBI, is yet another bombshell.

Steele, author of the debunked Trump dossier published by Buzzfeed, which unlawfully formed the basis for a FISA warrant against President Trump’s team, actually compiled a SECOND, different document of anti-Trump opposition research.

There’s a stunning, and very relevant, catch: Steele was given the information for THAT dossier by an underling of Hillary Clinton and President Barack Obama’s State Department.

The criminal referral states: “One memorandum by Mr. Steele that was not published by Buzzfeed is dated October 19, 2016. The report alleges [redacted] as well as [redacted]. Mr. Steele’s memorandum states that his company “received this report from [redacted] US State Department,” that the report was the second in a series, and that the report was information that came from a foreign sub-source who “is in touch with [redacted], a contact of [redacted], a friend of the Clintons, who passed it to [redacted].” It is troubling enough that the Clinton Campaign funded Mr. Steele’s work, but that these Clinton associates were contemporaneously feeding Mr. Steele allegations raises additional concerns about his credibility.”

As the referral makes clear, this second dossier was the “second in a series,” indicating that Clinton and the State Department were involved in feeding Steele information throughout the rest of his “series” of memos.

Former FBI assistant director Jim Kallstrom said that fired FBI director James Comey and his fellow anti-President Trump conspirators are now vulnerable to numerous federal felony charges related to their use of a debunked dossier to obtain a FISA warrant on Trump.

“I mean, it doesn’t even get into the unmaskings, Uranium One, just all of the other things. But this in itself is major federal felonies there. I mean, they lied to a federal judge, they perjured themselves. They presented false information knowingly to the court. These are all major federal felonies,” Kallstrom said.

“All the people that signed that, all the way up the line, are probably going to be, I would hope, the grand jury is going to look at that. That’s serious serious things they’ve done. It puts the whole system at great risk. IT’s just outrageous it really is, and the fact that the FBI has been blackened by what a few of these sycophants have done, these weaklings who couldn’t stand up to the political pressure of the Obama administration.”