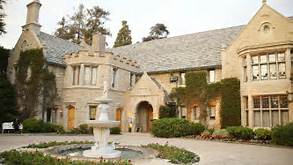 In the age when Confederate statues are being torn down by social justice warriors, the progressive city of Los Angeles is now considering whether or not to make a house dedicated to the exploitation of women a cultural monument.

According to the Los Angeles Times, the late Hugh Hefner’s infamous Playboy mansion in Holmby Hills may one day be among the City of Angels’ historic monuments.

“The property was owned by Playboy Enterprises from 1971 until last year, although the magazine empire’s founder and owner, Hefner, lived there until his death Sept. 27,” reports the Times. “The property has taken on legendary status as the scene of luxurious parties and tales of debauchery, and as a popular celebrity hangout.”

The motion was introduced before the Los Angeles City Council on Tuesday. Should the mansion be labeled a cultural monument, limits would then be made on potential alterations to the property. The mansion could also be demolished only after review.

Hefner sold the mansion last year for $100 million to billionaire Daren Metropoulos, who also lives next door, with the stipulation that he be allowed to remain a resident there until his death.

Metropoulos, 33, said he plans to connect both his estate and the Playboy estate together to return “the combined 7.3-acre compound to the original vision executed by architect Arthur R. Kelly and its first owner, Arthur Letts Jr., the department store heir whose father conceived and developed Holmby Hills when it was the Wolfskill Ranch.’”

Commemorating a man who sexually exploited women for profit and treated his house like a brothel indicates that the city of Los Angeles clearly has not taken anything away from the Hollywood sex scandal eating Hollywood alive.