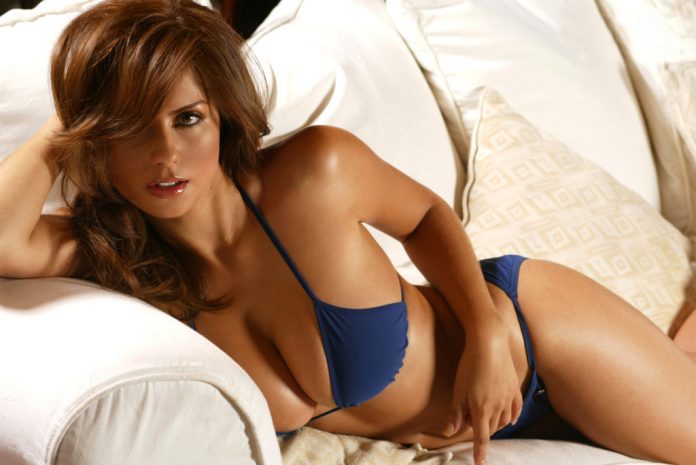 Recently a reporter at The New Yorker wrote an expose in which he claimed to have proof of an alleged affair between President Donald J. Trump and ex-Playboy model Karen McDougal.

“We talked for a couple of hours and then it was “ON,” McDougal allegedly wrote in part of a note chronicling her romp with the President. 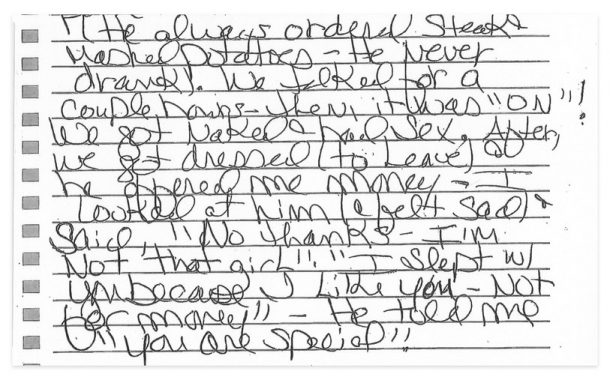 “We got naked and had sex. After we got dressed to leave, he offered me money,” the note said.

Ronan Farrow enthusiastically published this story on Feb. 16, in the wake of his crusade exposing Hollywood perverts like Harvey Weinstein. Farrow claimed that the notes were written in 2006 during an affair between Trump and McDougal, shortly after Trump married the First Lady, and when their son Barron was only an infant.

“Trump and McDougal began an affair, which McDougal later memorialized in an eight-page, handwritten document provided to The New Yorker by John Crawford, a friend of McDougal’s,” said Farrow’s piece. “When I showed McDougal the document, she expressed surprise that I had obtained it but confirmed that the handwriting was her own,” he said.

“A telltale marking on the entries, reproduced by the magazine, shows that McDougal wrote these pages either during or since the 2016 campaign—relying on memories that were at least a decade old,” the report said.

The McDougal passages were written on a notebook marketed by fashion designer Izak Zenou, whose name appears at the bottom of one of the pages,” it said. “He got into the business of creating office supplies in 2016, and the notebook was not available for sale on Amazon until March 2016.”

A New Yorker spokesperson readily admitted to Fox that the story does not present McDougal’s account as being written simultaneously with the events themselves.

Basically, the goal of Farrow’s piece was to imply or suggest that the notes were written in 2006 during an alleged affair, though that is provably not the case.

The rights to McDougal’s story were originally purchased by American Media, Inc. the parent company of the tabloid magazine The National Enquirer in 2016.

Farrow suggests in his piece that The Enquirer did not run the piece in 2016 because AMI’s owner, David J. Pecker, is a personal friend of Trump.

The Enquirer denies that suggestion, saying that it did not run the piece because the story could not be substantiated, and at the time McDougal did not mention or present the handwritten notes.

Even a supermarket tabloid thought that the McDougal was too thin to publish, but that did not stop the anti-Trump opposition media from running a smear against Trump using information that is provably fraudulent.