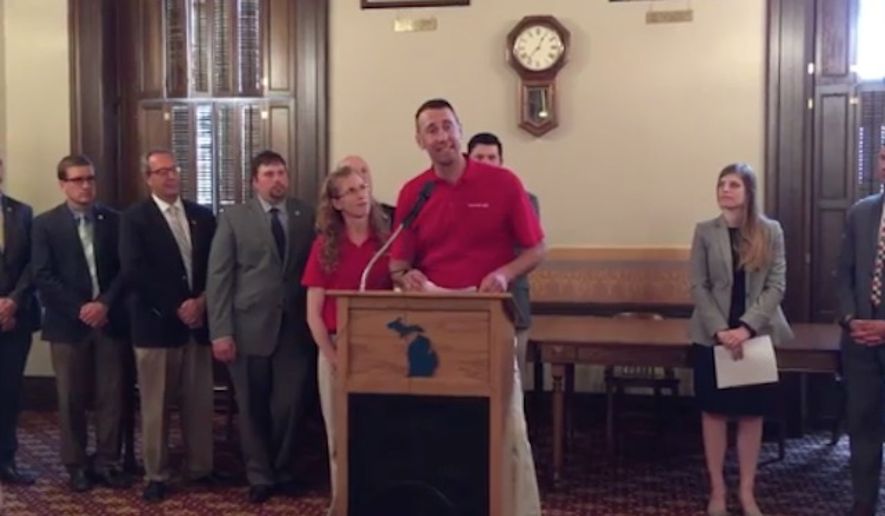 Steve Tennes is a former Marine and owner of the Country Mill in Michigan.

In December Steve published a Facebook post on his Catholic beliefs including his beliefs in traditional marriage.

Last week Steve was told he could no longer participate in the East Lansing farmers market because of his religious beliefs.

When East Lansing officials told Steve Tennes he was no longer welcome to sell his apples and doughnuts at the city-run farmers market, he couldn’t believe it.

All it took to earn the government’s wrath was penning a social media post about his faith.

Last December, Tennes, who owns the Country Mill Orchard and Cider Mill in Charlotte, wrote a Facebook post explaining his family’s Catholic views on marriage, and how their deeply held beliefs are why his farm won’t host same-sex weddings.

The city’s response — banning him from its farmers market — reminded the former Marine of the time he spent near the border of North Korea. Tennes could see into the country, and it impacted him how people there live their entire lives in fear of the government.

That’s how he felt when he got the letter from East Lansing.

“I felt it in my gut. This isn’t real,” Tennes recalls.“We have freedom of speech in this country.”